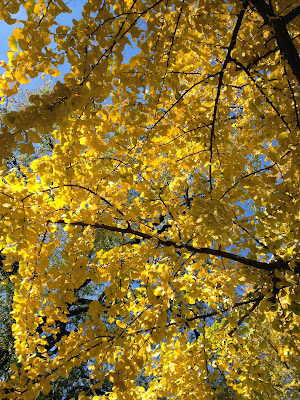 As consciousness organizes the mind, extensions of identity accrue adding to awareness the perception of belonging that comes with effective engagement. The first place in each of the above sequences is occupied by a primal awareness. By the second place, sociability and culture are already coming into effect. Associative feelings are interacting with deliberately crafted transfers of functional knowledge. Sociability is instinctive and innate; culture is adaptive and external. By the third place, consciousness is already integrating experience at the highest level found biologically outside the human community. But the typical human differentiation of meanings has just begun and proliferates at the level of the fourth set, the advent of society, it positively explodes as literature makes Civilization possible.

Our expanding awareness reaches deeper and deeper into our social and material environments. When the written word transubstantiated cultures into Civilizations it increased the depth of those environments exponentially.

The paired terms above describe the human (social) and functional (cultural/technical) extensions of our infant identity. As we come to recognize the people and tools within our perceptual sphere, first we develop the entirely functional relationships of our pre-linguistic state, but then, as language becomes available we begin to tell ourselves stories about who we are and how we relate to these people and things. This is the process of individuation and the stories we tell ourselves ultimately become our representations to ourselves of identity. This is how we define the relation of our goals and sense of self to the civilization into which we have been delivered.

Acculturation refines our relationships with both people and with things. Our need for self-definition engages us with our cultures stories.

In communities individual actions are constrained by group needs and individuals’ reciprocal need for groups. Personal effectiveness within the group devolves from aligning individual motives with the motives of the group, from self control. Agreements of meaning, what it means to the group for an individual to be brave for instance, make this possible: courage defends the group from threat at individual risk and the group confers prestige on the courageous as an expression of agreement of benefit provided. Courage has meaning for a group that then reinforces courage as a personal meaning
for individuals. Culture confers prestige, the currency of reproductive advantage on individuals who advance group meanings, such as courage. Such somatic advantage is in turn the foundation of all individual meaning relevant to the group. Likewise, culture withdraws its approbation where behavior contradicts its approved stories. It is to popular meanings like this that we all look for the terms with which we will write our personal narratives of identity, for how we will engage our community.

With engagement comes constraint. As individuals we choose where and how to engage society's constraints.

Ethics and necessity compete as form givers for all social meaning, individual want is their proxy. Ethics, instinctive values that govern social action through impulse, yield social meaning from our choices: necessity lays out options for actions by individuals who's agency makes meaning. Where culture has successfully mediated real need, want places socialized individuals at the intersection of ethics and desire. The attraction between individual and group meanings at this intersection is the gravitational force that binds the infrastructure of culture to the superstructure of artifact through the agency of individuals; this gravity makes a population a community by collectivising resources culturally in the struggle for communal and individual reproduction and against want. The whole becomes much more than the sum of its parts. Aesthetics are our external expressions, visualizations or institutionalizations we apply to artifacts or behaviors that carry the meanings imprinted by ethics that facilitate group success.

Need drives culture even while culture is insulating individuals from real deprivation. Aesthetics are  external forms we imprint on cultural and technical things we grant ethical meaning, meaning we feel from our pre-linguistic/instinctive humane values.

For individuals, the prerequisites for meaning are mind, body and reproduction. Reproduction is the individuals’ only material stake in an afterlife and a cultures' real material stake in its individuals. Individual and social reproduction bind people and their cultures in reciprocal constraint. A society consists of individuals animated by emotions that are focused and given ethical meaning by a common culture which is at its’ roots the institutionalized reproductive and survival strategies of its’ constituent population. The narratives it imposes engage our ethical impulse to bracket the acceptability of potential choices. Our moral impulse is in constant competition with the constraints society institutionalizes to make palpable its norms.

What we perceive as free choice is constrained by individual social knowledge and temperament. Our society will judge us by how our actions compare to dominant communal stories.

The success or failure of competing human societies hinges on specifics of how individuals are motivated within them. Culture, artifacts and populations are all unstable and dynamic of themselves. Successful groups use their cultures to channel the motives of their people to balance their mutual needs and make best use of the artifact they inhabit. In its’ essence, this channeling of motives is conservative; culture at its’ core is the institutionalized accidents and intents that conserve its’ successful operations and propagate them into the future. This was as true for the plains Indians who burned brush to keep the savanna clear for game hunting as it is for Norwegians who use North Sea oil revenue to pay for day care and education.

A civilizations’ choice of stories is decisive to its’ future. Conserved futures are the genetic advantage civilizations confer on their constituent populations.

Successful societies harness individual want to pull the cart of their communal needs. Individual understanding of meaning begins with distinguishing want from need and ends with personal aesthetics; cultural meaning is the social agreement as to the relative merits of individual meanings and culminates in cultural aesthetics that try to embody and propagate normative ethics, which through the soft coercion of prestige govern our actions with regard to others. If ethics and necessity intersect in individuals to form an x and y axis, aesthetics form the z axis from which height we individually experience the former two. But aesthetics, because of its distance from the x/y plane of individual reality, can profoundly distort the view. Because aesthetics are artifacts we make to represent ethics, where  the former loose direct contact with the latter, the ethical values regulating the cultures real relationship to need, aesthetically positive actions can have anti-ethical consequences.

Real need and our human instincts predate all of our cultural superstructure and artifice. Morality is innate and, on average, we must be weaned from it in order to abuse our fellows: a metonymy of aesthetics, confusing signs for what they signify, can pervert cultural manifestations of ethics into predatory systems of power harnessing our actions to evil despite our positive intentions.

From the individual perspective, up until adolescence culture and its institutions are in service to reproduction, thereafter, in conservation of the communities’ gains. Narratives of ethics are socially determined and externally imposed, aestheticizing in particular form a temporally agreed representation of community values. While aesthetics as we commonly experience them embody personal projections of value onto things, it is important to remember a culture's morality, its ethics, are a temporal social agreement as to a particular representation of the underlying moral impulse we all feel. While that feeling lives and evolves continuously in each individal as ethics, its institutions impose their own contingent forms as their path dependent impacts ripple out across time and space. As such the two, ethics and aesthetics, only coincide in individuals. To be subject to an historical morality is to be subject to social institutions that may not align with heart felt ethics. To be part of a community is to be constrained in myriad such subtle ways. The health of a society depends on the subtle coercions through which it selects and enforces narratives leading the greatest number to make decisions that lead to the greatest good for the group, and in greater proportion than in competing groups. In isolation a society need only perpetuate itself. In competition it must offer some functional advantage to its people.

A similar process is involved in the development of individuals competing for the resources to advance within a group. The construction of personal meaning, and through it the construction of personal identity, is the project by which individuals find their unique paths to success or failure in the social competition of life. These processes take as their material the full spiritual, intellectual and psychological endowment of the individual and the cumulative effects on them of conscious and unconscious perceptions. Those perceptions take in all an individual is even marginally aware of: culture, people and all other living and inert things, feelings and experiences. The meanings we derive from our individual narrative of identity give innate motives, our emotions, external form and govern how we engage with our cultural narratives. Personal ethics, like all other talents, expressions of innate human ability, are diverse in both strength and breadth. Some people are driven by their ethical impulse despite suffering real harm for it. Others feel almost no ethical imperative whatsoever. For these latter the whole aesthetic superstructure of institutions and customs built around morality are simply tools to game for personal gain or power.

As institutional richness develops in society, opportunities for anti-social exploitation develops as well. With weak or suppressed ethical instincts, certain individuals have open to them an amoral arsenal of exploitative tools to transubstantiate socially conservative institutions into exploitative ones through personally beneficial choices.

Individual consciousness develops as the warp over the weft of social instinct; it weaves all the experiential inputs to which we choose to attend into categories functionally useful to the individual. The groups in which individuals develop impose conditioning; processes we recognize in isolation as educational, but that for the most part are embedded in other social functions, they suggests rather forcefully that we all “choose” to attend to certain key issues. Over time these build up into institutions that try to sustain positive social ethics. This is enculturation, the primary operation of culture in the service of community at large, and the means of taming the human animal, for its’ own good, into the service of the larger good, the community. But the remove that all collective institutions have from the individual impulses they try to aggregate always leaves them subject to distortion, to the distance between aesthetics and ethics.

Narratives of individual identity define which choices we will become aware of, framing our consciousness within our inherited cultural narratives. The interaction of temperament with these frameworks, for better or worse, determines how society will judge its’ constituent individuals.

To be in Civilization is to be freed of most of the struggle for basic survival. But this freedom is so coherently contextualized by inherited social expectations, institutions and enculturation that living it is often an experience of powerlessness, of constraint. Frequently those least inhibited by a moral impulse find social position can be converted into institutional power in direct self interest simply by re framing key aspects of some popular narrative. As these corruptions pervert more and more of of civilizations conservative institutions and convention into extractive tools of self aggrandisement, these institutions and conventions invert their affects from positive to negative with all their historical power. In a world of 6.5 billion people these inversions are frequently lethal, at less than half our current demographic weight, seventy years ago such perversions became industrially murderous. As our numbers grow so do our risks, the burden of our success.