A Transformational Theory of Trump 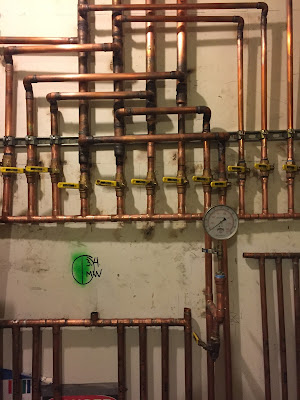 Trump is a smart opportunist. His unusual speaking style and apparently limited vocabulary cause the well educated to badly underestimate him, to their own detriment. He is a gifted sociopath who has an excellent, instrumentalist grasp of human nature. I don't like him: he embodies the opportunistic gamesmanship that business school faculties indoctrinate their charges into, idolizing themselves for their exploits and bolstering their egos with thick buffers of cash, crudely obtained, they are taught to monetize trust where-ever they find it and imagine that a virtue. But feelings are irrelevant to what Trump means for the world politically and practically. Despite the damage he has done and is doing, the dominant narratives "explaining" him are missing key points, among which, that there is good coming from his actions, much of it described as "damage". More than anything else, Trump is a "survivor" and a "winner", the latter being his determining self perception and the former his fundamental, instinctive talent.

Which last word I use advisedly: he is different from most people in this regard because his instrumental understanding of human nature, his personal will to power and his narcissism coalesce around this gifted instinct for survival. Of course I'm probably totally wrong, so after some exposition and a few digressions I'll test myself with some predictions to measure in future my own cognitive bias. I like Patrick Lang's descriptor for Trump, a "delegater", he selects competent people to execute his intentions, provides a framework and sets them loose. He's a developer and has learned, as have I as an architect, that even the most highly qualified people cannot do what they are most competent for in every instance. Execution depends on team dynamics and can't be diagrammed on an "org chart". So when required, he fires people. With Tillerson, the firings have well and truly begun.

Domestically, the Donald has selected Jeff Sessions as Attorney General. It's too early to tell whether Sessions recusal with regards to the investigations into the Trump Campaign "ties to Russia" was agreed with the President, or a real surprise as presented to the public. Like Glenn Greenwald and Publius Tacitus, I've been deeply skeptical of the "Trump/Russia" narrative from the start: if there was anything to it, that would have leaked ages ago. What's been made public to date is far fetched speculation and obviously contrived campaign "oppo", first from the competing Republican contenders, through which Trump went like a hot knife through butter, and then the Steele Dossier solicited by the Clinton Campaign and thence apparently forwarded to political hacks within the FBI. To the extent Trump is corrupt, it is the private corruption of an oligarch, not as politician and the impunity he has benefited from is one politicians have been paid to provide. To the extent Trump is concerned about Mueller's investigation it is that it is an open ended fishing expedition likely to eventually trawl over waters where Trump has skirted the law in his function as an Oligarch, not as a presidential candidate.

While Publius Tacitus has done a fine job tracking the circulation of the of the Steele Dossier, he appears to have bought into an equally partisan Republican effort to muddy the waters regarding Trump and Russia, particularly evading the issue that Russia did in fact try to meddle in our election: there are lots of professionals in Russian intelligence who would have been failing badly in their duties were that not the case. That said, I support the FBI investigation into what the Russians did but find it very improbable that Trump was in any way involved other than being one of the presidential contenders the Russians, like everyone else, were trying to handicap in what for them was a pretty high stakes race.

Manafort, like many Neo-Cons and Republican hawks, has a long history with Ukrainian oligarchs, ones themselves deeply tied to Russian state and oligarchical interests. Where we living in an honest republic he would long hence have been investigated by the FBI. Flynn was just plain stupid to lie about a telephone conversation he had to have known the NSA had recorded and should have assumed it had shared with the FBI. What he did with the Russian diplomats was well within the diplomatic norms for an incoming administration: Trump intended to change policies and Flynn was his diplomatic representative. Carter Page and George Papadoupolos are obviously bit players, caught out of their league and beyond their wits in their flexian ways by the motivated search light of FBI careerism. What lens was pointed at them could usefully be pointed at damn near everyone in DC.

When such scrutiny briefly did skim over Hillary Clinton with regard to operating the US Department of State through a private email server all kinds of roaches came out of the woodwork but none were deemed worthy of chasing or stomping on, primarily IMHO because Clinton agrees with and supports the investigating agencies in their extra constitutional aims. Likewise when some Russians paid millions to the Clinton Foundation while Secretary Clinton was approving their purchase of a major US uranium mining company, no legal authority took note, no questions were asked. Similarly Trumps claims about Saudi payments to the Clinton Foundation at the time of the Secretary of States' review of a large arms sale to Saudi Arabia elicited lots of press coverage about how hard it is to tell what is going on at the Clinton Foundation, but it must be okay since no one is doing anything about it. Though the press paves over it, there's no shortage of dirt in DC. This is political corruption at its purest. To the extent Sessions recusal was strategic, arrests of individuals within the investigating agencies in these two investigations can be expected. I'm not optimistic about this but it would be a delightful surprise. (Andrew MaCabe's defenestration does not constitute a positive development in this light, his arrest would have.)

What I think we're witnessing domestically is a poker match of competing corruptions, private and public, where all the players, because of their personal rot, have weak hands. They are all so corrupt they can't hold any of the face cards that real honor or morality could deal, and they're too personally opportunistic to hold the aces of integrity or ethics. So they're all playing the numbers and suits, and since the ante was in a smoke filled room, who knows what the wild cards are? No doubt they're many, so chance will play a big part. That is where Trumps core talent figures in. Trump performs very well in chaotic environments because he can read other peoples reactions to the risks and opportunities as they perceive them and position himself to dominate and benefit from path dependent outcomes featuring other peoples attempts at self preservation.

With his Twitter feed, he's constantly hammering at the coherence of the corporate media narrative in order to identify its strengths and weaknesses and to sus out the loyalties, or lack thereof, of various participants. However narcissistic, Trump does actually view himself as a "good guy" and does have a real patriotism, a loyalty to the United States that is more honored in the breach by the "Atlanticist", NAFTA and TPP majorities of flexians in DC. The corporate agenda expressed through US trade policy from Reagan on is functionally anti-American in that it has exported manufacturing and destroyed US living standards. Trump intuitively understands this but his personal experience has been of immense personal benefit from the neoliberal roll out of "reforms" in this era so I don't believe as yet his own motives are coherent.

What is being reported as "damage" the president is doing is primarily to the norms and practices of secret institutions within the government that have, according to the Iron Law of Institutions, pursued institutional and within that careerist interests increasingly unmolested as the use of "secret" stamps on official documents has logarithmically grown in the post war era. As Trump applies his CEO ethos to these institutions, he is cutting out all the institutional constraints between executive authority and the functional premises of the institutions he's engaging with. To the horror of the permanent Imperial Class he is trying to bend their institutions to his intent against the careerist and institutional interests currently holding sway. He is restructuring them to execute his will should he succeed in constructing the opportunity to act on it and resolve finally on what that is.

Finally, no one has been in control of the overall operation of the US Empire since Harry Truman turned the institutionally insecure, and therefore dependent to some extent on personal integrity, OSS into the institutionally secure vessel of "official secrets", the CIA. This act killed the Republic's antibodies to the authoritarian institutions of official empire with results across the political spectrum and around the world: Allen Dulles' rat lines of ex Nazi's funded the first generation of extra-constitutional imperial government abroad, the "War On Drugs" the second and since shortly after the installation of George W. Bush in the White House, the "Global War On Terrorism" has funded the third. The incompatibility of Global Empire with the myth of Republican Governance has brought us to this juncture where only Americans any longer believe the bull shit our main stream institutions feed us, while our NATO allies play along because they can't keep their own physical defenses functioning, so dependent have they become on our vast, lumbering military.

What I believe is that Trump, as he said on the campaign trail, sees Russia as an Oligarchy with which he can do business. In so doing he would relieve the military families that were key to his election victory of some burden of fighting wars who's only point is to drum up business for the poorly made armaments of highly subsidized US manufacturers. While he has replaced Tillerson with Pompeo, a careerist, flexian Neo-Con at State, Trump has consolidated the take over of the most retrograde cultures in the Imperial system of the formal institutions of the erstwhile Republic: what kind of State has its chief spy as it's Minister of State? What kind of state requires the approval of its secret police for its executive to govern? As awful as this state of affairs is, Trump has done us all a favor by making it so obvious. So obvious in fact that only those who are paid to not see it can maintain any pretense of their own legitimacy.

Operational failure I expect will be the trigger point for firings that fundamentally shift policy when Trump's business school ethos intersects with political reality. Our build up for war with Russia in Syria will be the main event. With Pompeo in, McMaster on the way out and our military already tripping on its own shoe laces at the Syrian border, the next few moves in the Neo-Con play book will result in some horrifying, immediate blow back. Even with Mueller nipping at his oligarchic heels, Trump, in this context, will be justified in a dramatic cleaning of house at DOD, State, CIA, NSA and FBI all of whom exhibit the characteristics of internally, politically riven institutions with Clinton loyalist flexians acting as internal fifth columns resisting any change in fundamental policy. Trump, faced with crisis, will seize opportunity: like his bid with North Korea, he will take the opportunity of the failure of his subordinates to re-cast the game not just to survive, but to make himself a winner.

The predictions:
A cleaning of the Neo-Con house or WW3.