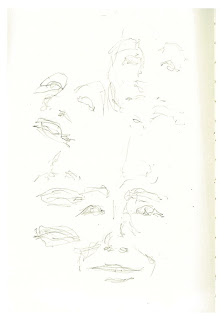 Back in the first round foreclosures,

T’was the bankers that made themselves hosers:

With mooches for debtors the MBS bettors

Were buggered by shorts from their brokers.

Were shocked to discover their positions uncovered

When Hypo Real shunned their advances.

With mountains of dreck on their books,

The best and the brightest and crooks,

And Freddy and Fanny all ran to their nanny:

It’s free money whenever she cooks!

That nanny, she could make them pander,

But loves them so much that whenever they touch

If they don’t pick her pocket they rob her.

While her power makes them so jealous,

Only bankers are worthy, they tell us,

To indulge in her pleasures, all national treasures

They'd corrupt lesser mortals among us.

And her children she tends to neglect.

She lets them all get by on debt.

But for bankers suffices to look past their vices

And backstop their every bet.

When the economy finally tanked,

From her brood employment was yanked,

But instead of their succor she embarked like a fucker

On a high horse of moral complaint!

But the low lives, those big spending bastards,

That created this mess and she had to confess

They deserved all their little disasters.

Having given all that they had asked,

She was shocked when her bankers then tasked

P R flaks with attacking all her efforts at backing

By those big spending bankers who posed

As the hope for the future she really felt suits her,

But now they’ve run off with here clothes!

Bankers speak now with the voice of the state

They tell the rest of us "fish or cut bait"

Give your money to us or you're under the bus!

Extortion they insist is our fate!

So it seems that Americans are left

To select between robbery and theft

While forsaking our own lives bereft.