How Money Became the Root of All Evil

When agricultural civilization first crystallized, those at its center imposing order on the newly concentrated population needed tools to organize the distribution of the fruits of the newly intensive agriculture, itself the necessary antecedent to the population concentration, to civilization itself. The benefit of concentration was emergent in the numerous technologies the now concentrated population invented in time freed from the burdens of agriculture. While a fairly thin slice of society overall, the urban cores became diverse, creative and protean. This is not because that is what they set out to do, but the result of the opportunities density afforded unplanned. This protean creativity yielded up disparate and unanticipated new artifacts and operations that the central administrators of the harvest had to figure out how to manage to coordinate benefits ensuring sustainability of the whole. Money was invented to solve this coordination problem. By setting a measure of value, initially based on a survival ration of the harvest, a standard unit of value was agreed against which other economic values could be measured.

This innovation, the invention of the system we call "money", allowed the central authorities to monitor and regulate the distribution of grain while at the same time establishing the relative value of other economic activity against the yardstick of the survival ration. So long as the survival ration remained at the center of the system the essential and primary distributive function of a money system was manifestly obvious: lack of money was in a fact of life identical to lack of food and starvation. For central authorities to allow this was an obvious breech of trust within society at large: where money was food the moral obligation of distribution was impossible to ignore. Power to plan that distribution, essential to the survival of both individuals and society was the legitimizing activity of central authorities and failure on this count was morally obvious and equally obviously destructive to the interests of society at large. Money is a central tool of power and properly used the legitimizing force behind concentrated power. But the further we have moved from this initial civilized application of the system the easier it has become to loose sight of the essential distributive function that legitimizes the power and attendant coercions that come with the system.

So long as the unit of grain is itself the "money thing" around which the money system revolves a certain clarity of values is self evident. Once a gold shekel displaces a shekel of wheat metonymy sets in and the represented value in the gold displaces from consciousness the actual value in grain and money quickly becomes an end in itself. This value shift occludes behind sparkling metal the humane and legitimizing distributive function the system was invented for and tempts power to the now abstracted value of money as an idea divorced from morality or the legitimacy of centralized power. By the time this happened centralized power was established enough it could without fear default on its distributive function by enslaving those deprived of money simply by forcing them to labor for food, otherwise unobtainable once the monetary unit no longer contained it and central stockpiling of grain was replaced by the stockpiling of gold. It is much easier to justify impaling someone stealing your precious metal than someone stealing food from a stockpile who's existence is starving them. This is the moment when the love of money became, as Jesus said, the root of all evil.

Make no mistake, money is a system, no mere thing. It is a very powerfull system that can be used to concentrate coercive power or distribute economic benefits depending on the motives of those who control the system. It is their choices that give our abstract money what moral meaning it has and with their decisions those who control it can do great good or harm. At the moment in the Western world they choose to do great harm and their love of money lives up to its New Testament billing. 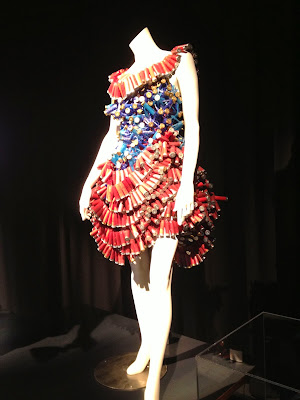 "A well regulated militia, being necessary to the security of a free state, the right of the people to keep and bear arms shall not be infringed."

The un-infringable right of the people to keep and bear arms is necessary to the security of a free state, or was that a free State? The state of individual freedom or individual freedom within the State? Embedded as it is in a State's Constitution one must assume the framers of it were at least aware that their freedoms were constrained by the strictures of that State. Of course amongst the dissension and horse trading of ratification the capital letter strayed from State somewhere between the convention and the congressional vote: plus ca change, one of the beautiful things about Congress is it's super human idiosyncrasy, no individual could ever aspire to such blessed idiocy.

So we are left with some deliberate ambiguity about the nature of the enumerated freedom, whether it is that of a state in which individuals find themselves or of a State of individuals bound together by a common identity, but I really have any no complaint with that failed distinction: the freedom is ultimately, to the degree our society coheres, both. The freedom of individuals within States should remain as loosely stated as practicable as our rights should remain our own, unnamed, until they infringe on others. Explicit specification of rights, as a preventive means, too easily drifts to coercion when those unspecified simply vanish.

So we have rights within civilization that make us free to the extent we do not abuse the rights of others, but it is a constrained freedom: the freedom to be within civilization is constrained by the laws and norms of civilization, free to a point and for a point. But make no mistake, civilization is a coerced state, it is not a state of nature: people make it even as we make ourselves conform to its norms. Perhaps it is in our nature, but across the human platform that nature drifts enough to not be counted on as universal, and particularly with regard to our commitment to obligations to our fellows, we chafe to varying degrees in our relationship to that coerced state.
Read more »
Posted by jsn at 7:35 PM No comments:

Our MMT Future: Randal Wray: GreatLeapForward
A Hearse, A Hearse, My Kingdom For A Hearse: Simon Schama: FT
Silk And Concrete: John Hewitt: ExtremeTech The TED lecture embedded in this speaks from a purely neo-liberal perspective. Behrokh Khoshnevis sees the human labor that makes the man made environment as a pure economic cost, proposing that by ridding construction of human labor we can somehow eliminate slums without considering the question of how former slum dwellers will afford the fabulous new machine made housing to which we will consign them.

He also fails to consider the soulless reduction of the man made world to essentially concrete double-wides with a rigorous performance spec, though he models the prospect explicitly in the animation he shows. It bespeaks a virtually identical utopianism to the one that brought the world all the worst housing projects of the Post WWII era. To eradicate slums one must focus not first on where people live, that is but a result of a prior and more important condition: one must focus on what people do. Historically, on those rare occasions where slums have actually disappeared they have disappeared as a consequence of the people who had inhabited them acquiring the means to move on to something better. This is the only proven path to improved living conditions: provide people with the opportunity through their own efforts to make a better world for themselves: provide remunerative employment that rewards motivation with meaningful gains.

I don't believe automation efforts necessarily mitigate against this opportunity for meaningful change. But cost cutting is by definition income cutting as all income originates as someone else's prior expense.  Where equal attention is not afforded to income support, ideally through competitive markets but where markets fail, as they commonly do, through political means and deliberate job creation, cost cutting leads to decline and retrenchment. One of the least understood and most important relationships in a