In the Flow of History 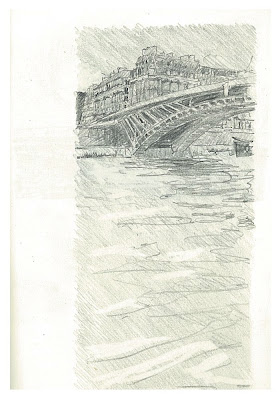 The Shadows on Liberty 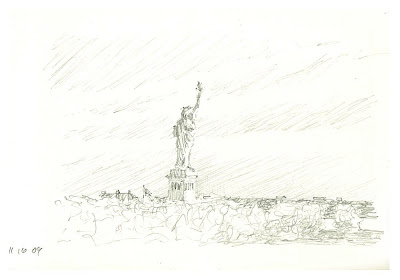 "We hold these truths to be self-evident, that all men are created equal, that they are endowed by their Creator with certain unalienable Rights, that among these are Life, Liberty and the pursuit of Happiness. That to secure these rights, Governments are instituted among Men, deriving their just powers from the consent of the governed. That whenever any Form of Government becomes destructive of these ends, it is the Right of the People to alter or to abolish it." In 1776 certain American people embarked on a project of liberty which ennobled "We the People" fifteen years latter into the project of citizenship. Braver always in conception than fact, the Constitution goes on to define which of our fellow humans were worth a mere 3/5 count of a true blue voting citizen as enshrined by statute in those States now incorporated into the newly United body.


The bravery of the written word is matched only by its stubborn persistence. Endowed by our creator with certain unalienable rights, those of us deprived of active expression of said rights by the persistence of prejudice and bad habit have stubbornly held those words to their manifest and simple meaning over these several hundred years. By 1971 through Constitutional process this obvious meaning had been imposed by combat and by vote over the sophistries of secessionists, segregationists, misogynists, bigots and racists. In the tumultuous aftermath of this intergenerational apotheosis, an achievement bourn trough the roiling seas of each of these hateful oppositions by the progressive faith of a Christian nation in the simple meaning of these words, the cataclysmic coincidence of Viet Nam and Watergate blinded us to the Constitutional Coup of 1976.

In a stroke, the Justices of the United States Supreme Court obliterated this bicentennial accomplishment in the ruling handed down in Buckley v Valeo. Legislating from the bench a devastating equivalence between money and speech, the Court conjoined for the first time economic and political processes through the medium of money. Until this time the citizen's voice in politics was limited to the active energy they could give to the process and their single vote. Given a political voice, money has motivated a near infinity of "political" activity with which our better angles will never compete with. "Think Tanks" "Political Action Committees" and entire new industries of well paid political manipulators and participants have captured our politics in the interest of money.

376 years earlier in 1600 Queen Elizabeth chartered the first modern Corporation to exploit the opportunities of the East Indies and Africa. With the law that chartered the East India Company a new type of citizen was introduced to proto-Capitalist society. It was one without a body or a vote in parliament, but otherwise all the same rights as any other English Gentleman. This citizen would soon become the marionette of a continually evolving cabal of conspiratorial puppeteers and would at the end of their strings commit a rainbow of picaresque criminal offenses for which its non-existent body would be punished.

The generations of Civil Law between these two events has through fits and starts turned the Corporate citizen into a law abiding and wealth creating meta-being that has been, in the hands of liberal western governments who have house broken it from its initial state of nature, the envy of the world as a generator of wealth. In 1976 it was given the vote and in my adult lifetime it has learned how to use that vote to throw off the shackles of generations of law to return to a sophisticated version of its primal state. This is why no one is to blame for the current melt down. The Corporate voter once enfranchised voted down the laws that treated its voice, money, as anything other than free speech and wherever money chooses to go now it is a legal right of free speech.

The nations future was borrowed, securitized and sold. The sale value was distributed in bonuses to the bankers and brokers who booked the deals by which it was done. Once the money was safely theirs it became apparent that there was no economic future because it had been borrowed, sliced up and deposited in limited number of individuals personal accounts and the nation no longer had access to it. We all should have known better, but we’re human. A very similar thing happened 80 years ago and a bunch of dead white men figured out how to prevent it happening again by not allowing you to earn a bonus by mortgaging the future. This is what the Glass Steagall Act had done, but we humans live only once and for so short a time. Notice that J P Morgan, not the man, the Corporate citizen is having the last laugh: if he looks after his health properly he is immortal and can see things invisible to men.

At the same time that the modern Corporation was re-cutting it teeth in the United States Congress, those Congress members doing its bidding needed to maintain the pretense that they were doing the people’s business as well. In fairness, I believe that the majority of legislators, though maybe a thin one, really believed that they were doing the peoples business. Because the Corporate citizen has a longer time horizon and a statistically focused self interest absent in legislators and humans in general, it has a larger view of the chess board than is visible to mortals. As the Corporation, and the Financial Corporation in particular, chipped away at its bonds it saw to it that there were bread and circuses for the mortals. These are what we now call “entitlements”. They are roughly all we have left and they increasingly look useless because the future with which we would have paid for them has been redeemed by the above mentioned bankers and brokers.

Representative government has always favored organized and focused interests over general and public ones and it has always taken crisis to force the hands of legislators to serve the public and diffuse common interests of the Nation over the parochial interests of their nearest supporters. Buckley v Valeo robbed even crisis of its public power. Now not even bankruptcy itself, the inability of the Government to either make or get the money it needs to operate can force the common interest on our Legislators so beholden, so completely encapsulated in well funded information flows, are they to an industrially monetized political process.

In our last Depression, one in five Americans still worked in agriculture: in the worst pinch, they still had access to food or knew someone who did. Now it is less than one in fifty that does. Day care, preparation of meals, most health care and transportation in that era were non-monetzed services produced by the family unit outside the formal market place. All of these life functions have now been formally incorporated into the money economy and subjected to Smith's divisions of labor and the pressures of economic efficiency. To lack money is to face some tough existential issues today.

That economic efficiency and biological efficiency are almost perfect opposites is best represented by the relationship between real estate developers and wetlands: neither has any user for the other because they represent opposite and irreconcilable values. Your money or your life. And this now is the state of our political economy. Without money the citizen looses access to many of the basic operations of life, but money never looses access to the governing institutions. Even when the Government itself is broke as it is now, money has more influence on governments course than voters. And the individuals position grows increasingly fragile.

Money, once enfranchised, has found its political form. It can sustain attention, focus and communicative manipulation better than any mere human as it has the ability to aggregate and focus efforts over time equal to the abilities of even government itself. Confronted with systematic and focused communicative efforts of dozens if not hundreds of individuals paid to pursue the common interests of money, it is no wonder our legislators have succumbed. The interests of money are concentration and power, it has always been thus. Those who pursue these ask "what else is there". The citizen answers "life". This is what the interests of money now threaten. Most of our law makers sincerely believe that they are serving he public interest, but as mortals they are no match for the patient, systematic and scientific manipulations to which they are subjected. And as for citizens, we live in the Republic of Cash and are reduced to being a Greek Chorus on the stage of our own lives.

04/09/18 Update:
For some reason, this antique post is getting new hits. This was written in the throes of the Global Financial Crisis before the outcome of that event caused me to research and understand what deficits mean for the fiat currency issuer of the worlds reserve currency. A year and a half latter, in What Everyone Should Know About Money, I explained that.
Posted by jsn at 2:41 PM 1 comment: