The Global Cabal: Joan Roelofs: Counter Punch
It's Pig Fucking Puppets: Lawrence Richards: The Leveller
What The Two Have Wrought: Patrick Lang: Sic Semper Tyrannis
Whats Waits In The Wings: Rory Donaghy: Middle East Eye
All To Supply Russia: b: Moon Of Alabama
Posted by jsn at 5:23 PM No comments: 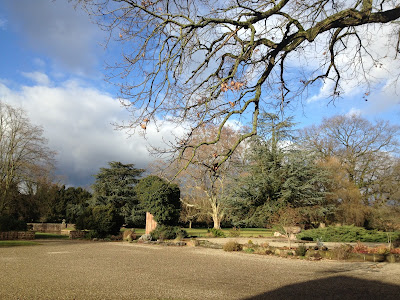 Wealth is what makes us well in the world. It is the existential necessities of food and shelter followed closely by community. We are social animals and life means little without the sharing we do with family, friends and society. Even less without food and shelter. In the urban world most of us now inhabit these existential necessities are entirely or largely mediated by money: we live in a market society where the means of subsistence are accessed only indirectly, through a complex and stratified division of labor bequeathed by industrialization. Even our private lives have become monetized with our parents in assisted living and our children in day care. Ever more of our existence is mediated by the division of labor and channeled through markets by the psychological pull of money.

Money looks like wealth because we can exchange it for necessities as well as luxuries. That money makes no distinction between the two highlights its amorality. Money is morally neutral, real wealth is not. In fact, I'll argue here that real wealth is necessarily moral as it is what makes life good, it provides moral value. Money is a tool that like all others lacks moral agency: it is neither good nor bad on its own and achieves what moral meaning it can only through the agency of the people that use it. Real wealth is existential goods that propagate our genes into the future. Wealth is what is necessary for the long term prosperity both of ourselves individually, and our species. Where it fails on either count, it is not real wealth, at best it is extraction which can parade as wealth only to the extent it escapes scrutiny while it wastes what is real beyond view.

Most economic activity is purely extractive and cannot earn the moral appellation, wealth. This activity and its product is none the less commonly considered wealth despite its destruction of individual and species wide futures through its waste of what is real, living and valuable. This destructiveness usually happens beyond the immediate environment where money falsely parades as wealth. How and why is this self destructive delusion sustained? And how does money maintain the penumbra of wealth's positive association despite its destructive effects?

This is tied up in the illusory value of money where we let it stand in metaphorically for wealth. It is an artifact of our fast, heuristic thinking eliding the complex meanings of the systems we have built, stretching them over emotional templates evolved for an environment these systems have replaced. We elide our existential dependence on life, the ecology from which we actually feed, and seize the abstraction at hand, money that delivers it to our table. To understand how and why this happens wherever civilization obtains lets look at the usage of the word "wealth".

From Merriam-Webster on line:

Full Definition of wealth:
Lets flesh these out:

WEALTH:
Full Definition of wealth:
Our caloric weal is the most useful entry point into understanding what real wealth is. We all need around 2,000 calories a day of food. Within that, there needs to be a particular distribution of nutrients. The calories alone aren't enough, it is the balance of nutrients that make a diet healthy, which is, from