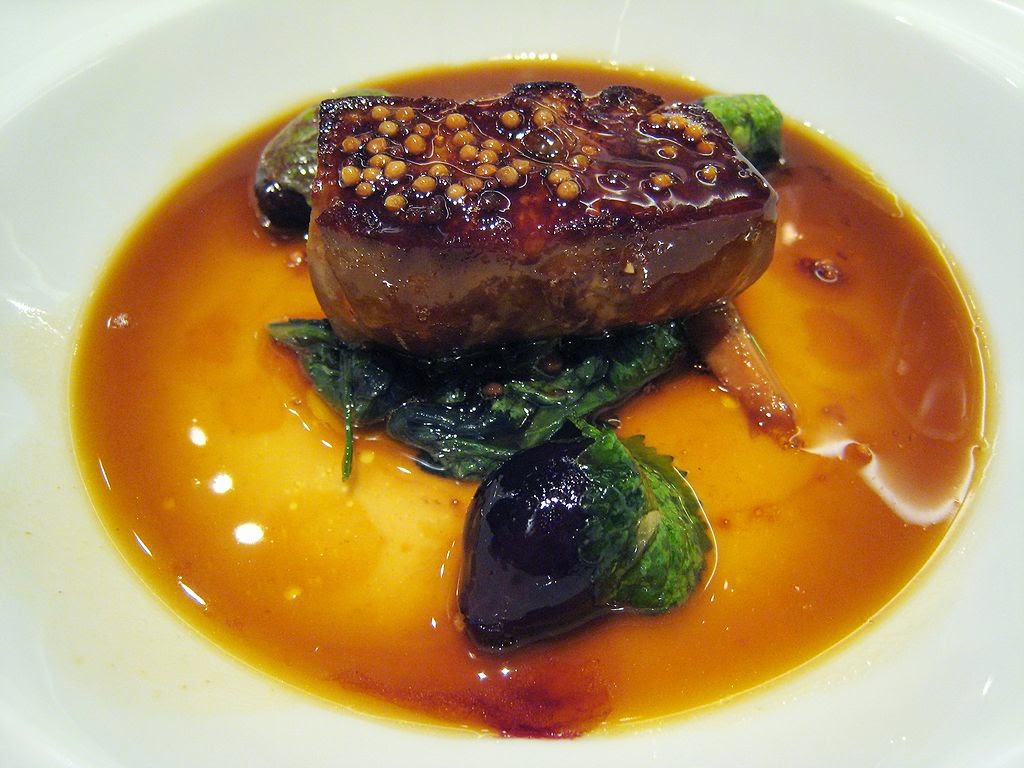 i/ˌfwɑːˈɡrɑː/, French for "fat liver") is a food product made of the liver of a duck or goose that has been specially fattened. By French law,[1] foie gras is defined as the liver of a duck or goose fattened byforce-feeding corn with a feeding tube, a process also known as gavage. In Spain[2] and other countries outside of France it is occasionally produced using natural feeding.[3] Ducks are force-fed twice a day for 12.5 days and geese three times a day for around 17 days. Ducks are typically slaughtered at 100 days and geese at 112 days.[4]"

The contract of adhesion the "Institutions" of the Eurozone are in process of imposing on Greece is nothing less than financial gavage: fiat money conjured by the totalitarian theocracy ECB is force fed to a nominally sovereign state to engorge its liver into the only delicacy in the body of state suitable for consumption by the Eurozone Finance Ministers and like minded "Institutions." The remainder of the carcass will be butchered and sold at market.

The treasury in combination with a central bank is the motivational power center of a sovereign state. It is the place where the decisions of state get boiled down to the pure nutrient of money deployed to the larger body to energize its actions. I have above referred to Greece's treasury as its "liver", the place where nutrient is separated from waste, the one fed on to the body and the other excreted. But to do that I've italicized nominally with regard to sovereign. The States of the Eurozone, while they have treasuries, have abdicated the central bank function to the theocracy in Brussels, making them something less than sovereign: as Mayer Amschel Bauer Rothshild said in 1791, "Allow me to issue and control a nation's currency and I care not who makes its laws."

Beyond this, the nations suffering from the tender gavage of the ECB have another important thing in common. Nominally sovereign and democratic since independence in 1916, Ireland has never shaken the economic yolk of its historical antagonist across the  Struth na Moile. This lack of real control of its economic fate is what joins Ireland with our other three subjects where this reality is a good deal more obvious. Greece, Portugal and Spain were all well within living memory military dictatorships. Military dictatorships quite like hierarchy and serve to preserve a particular elite, an oligarchy, at the expense of the larger societies they actually, not literally, command. In shaking free of this overtly exploitative governmental form, our three remaining subjects all agreed to nominal republican, that is to say loosely, democratic forms of government: they are representative governments until such point as legislation might impinge on the conserved privilege of that elite, at which point power vanishes.

In a healthy State, the "liver" distills political direction from an elected executive. With money as both incentive and constraint, it distributes the peoples' money, for that and nothing else is what fiat money is, both taxing and spending to motivate or inhibit human action along the vectors expressed in executive decision and authorized by an elected body representative of the citizenry. Taxation is the tool by which the healthy liver drains away toxins in the system and spending is the way it promotes health. Our variously corrupted nominal sovereigns have all experienced a marked inability to collect taxes from their old oligarchy allowing a toxic build up. This inevitably increases the malign power of that oligarchy over time. What Syriza ran into at the start of this week was the concerted efforts of the combined oligarchies to maintain their toxic, protected position. Should Greece be allowed to reform, to actually tax its oligarchs, why, no oligarchy anywhere could possibly be safe. The blunt terms imposed on Athens could not make more clear that the force feeding must continue until the goose is ready to slaughter, and slaughter it will be because there is manifestly no way this goose can survive.

The body is to be "privatized" sold off more or less at auction. The liver, however, suspended hydroponically, will continue to be force fed Euros because the delicate stomachs of Northern Europe's banks can't digest anything else. The only food they can still metabolize is the false fat of bailout cash tube fed through the livers of bankrupt and dying nations. Only Euro Foie Gras can sustain the monumental and lethal gluttony of the oligarchy that has seized Rothshild's money power in Europe. If you pull the gavage tubes from these geese, the only way to preserve the oligarchy will be to stuff it with Euros directly from the ECB which would reveal once and for all that fiat is conjured from the trust of society, and that banks no longer actually do anything to deserve it, the trust or the money. Syriza? Podemos? Front National? Who? Someone, somewhere soon must pull the feeding tubes from the ECB's geese and let Western Finance finally purge itself of the NeoLiberal lard that has bloated its body these last thirty five years.
Posted by jsn at 9:00 AM No comments: 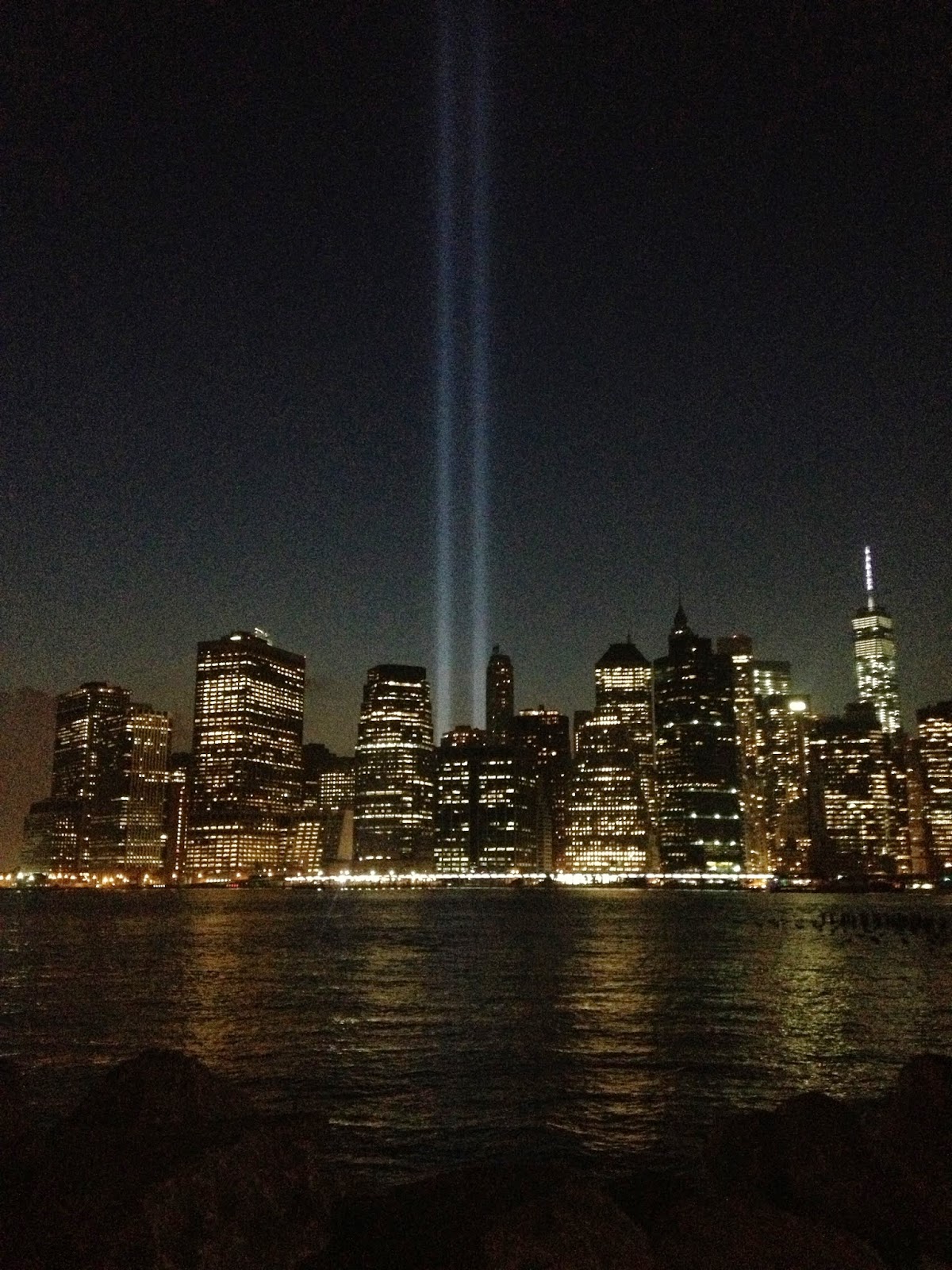 I suppose my worldview is somewhat Manichean, but in it, despite darkness, light always remains. As such I accept that the Original Sin of the American New Deal was the Jim Crow South of my childhood. Be that as it may, the export of the New Deal to the ruins of Europe at the end of World War II was incapable of hauling that historical dereliction with it. The Europe structured by The Marshall Plan was one of political Democratic Socialism overseeing a socially constrained Capitalism, the basic form of the New Deal superimposed on the devastated civilizations of Europe and Asia.

Roosevelt was unable to impose his liberalism thoroughly on even the American system and by extension, even less so in the devastated domains of American victory in the war, a challenge that fell to his less than visionary successor, Harry Truman. While Marshall ended up directing the reconstruction plan in Europe along the lines of the New Deal, MacArthur had a more royalist vision in Asia where he whitewashed the atrocities of Hirohito and reupholstered the Japanese Imperial throne. This darkness and light infected US foreign policy from the armistice until the 2000 election when the darkness gained full control of the foreign apparatus of state here.

This contest of darkness and light began in Greece and let us hope it will end in Ukraine. While the State Department dubbed Orwell and Hemingway as "premature anti fascists" for their Republican sympathies in the Spanish Civil War, George Polk pioneered "un-American activities" by supporting Republican efforts in Greece against US funded militarist authoritarians in the post war struggle for the political alignment of the Balkans. Polk was on the right side of civilization then and had his side been allowed to succeed the miss-rule of US puppet oligarchs succeeded by a CIA installed Military Junta may not have saddled the hard working people of Greece with the onerous debts with which they now struggle.

The Democracy that returned to Greece with the end of military rule in the 1970s was a nearly pure NeoLiberal one where the powers of violence embodied by the military and of money embodied in a deeply corrupt elite were both beyond electoral reach. Seen at the time as a necessary compromise that would allow Greece to advance to more normal European structures and status over time, it is now clear there was never any attempt at such an advance. In fact the form that government took at that moment has been the NeoLiberal ideal toward which increasingly the darkness of US policy has encouraged all its "allies" to evolve.

Between 1946 and 1980 the forces of darkness and light struggled for control of US foreign policy with darkness descending on Syria in 48, Iran in 53, Guatemala in 54, Indonesia in 58, Iraq in 60, Chile in 70 and Argentina in 1976. In all these instance, while the US rhetoric was about freedom, the actual policies that ensued were about political control for economic extraction with popular living standards suffering severely in all these nations while corrupt elites prospered. This was policy outside our direct dependencies where Marshall and MacArthur offered structures that integrated with the American system . These clandestine interventions external to our sphere of direct control offered a taste of what was to come as Neoliberalism came home to roost.


Wherever effectuated, the New Deal was enormously successful and popular, solidifying a new American middle class and creating them from scratch in Europe and our Asian dependencies between 1946 and 1980. To the extent that America has any positive associations abroad, it is the result of these policies in that period. The traditions from that period at home were strong enough to hold money power in check even through the turmoil of the Civil Rights era, but when the darkness at State drew foreign policy neophyte LBJ into Viet Nam while he was struggling to finally deliver on the "promissory note" of emancipation and the eradication of poverty, the post war structure was stretched beyond its resiliency.

In passing Civil Rights legislation Johnson shattered the New Deal political coalition permanently: Southern conservatives could only countenance economic justice for their bigoted white brethren and balked at economic inclusion for blacks, shifting the South within a half generation from bedrock Democrat to bedrock Republican and setting the Republican Party on the racist and economically exclusionary path it has been on since. When Nixon, ironically the last liberal American president, ended the convertibility of the dollar under the Bretton Woods system in 1971, dislocations began that would unravel the economics of the New Deal as well.

By the 70s, Americas business elites were chafing against the popular control of economic direction embodied in core Roosevelt era legislation. At the US Chamber of Commerce, a private association of business leaders, Lewis Powell penned his infamous memo that outlined a program that can only be described as a private assault on democratic participation in the economics and politics of the US