On Keeping Enemies Close: Andrew Bacevich: LA Times
Why The Squid Wants Your Quid: P. & R. Martens: Wall Street On Parade
Where It Leads: Bob Lord: CounterPunch
What To Do About It: Nuno Teles: RSN
Death & Hackses: Cory Doctorow: EFF
Posted by jsn at 9:34 AM No comments:

The Extraction Machine: Joe Brewer: Medium
Uber Ails: Steven Hill: Alternet
Once And A Future Thing: Ollie Richardson: Fort Rus
Taste Of The Future: Everton Fox: Al Jazeera
Preparing For It: The Saker: Vineyard Of The Saker
Posted by jsn at 11:05 AM No comments:

Clausewitz Had It Backwards 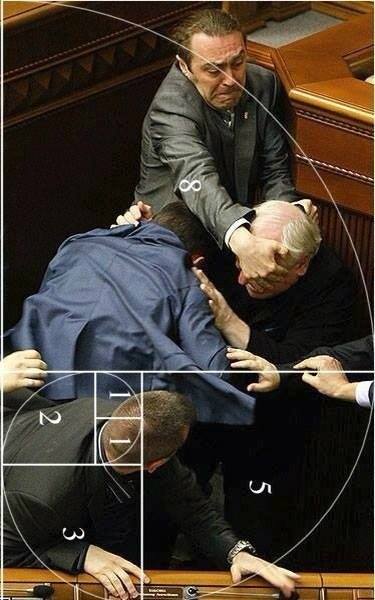 Politics is the continuation of war by other means. The little coercions of intimidation and misinformation, the financial manipulations and trade imbalances. The NGO's and "color revolutions", World War III is well underway, but like William Gibson's future, which has already arrived, it's poorly distributed so most of us don't see it yet. It has come unnoticed except by its perpetrators at the dark heart of Empire and its remote and distributed victims. It is most apparent, to those who look, in places like Ukraine, Yemen and Syria, but it is "by other means" evident everywhere real popular constraints remain on the behavior of US and Western corporations.

With the Unaoil scandal, the imperialism suspected in the 2003 Iraq invasion has been revealed, though studiously ignored by the communicative organs of power. The similarities between Unaoil and what is unfolding more extravagantly in Brazil, the "car wash" scandal, is complete up to the point of the attention given each in the "establishment" Western media. At that point, however, the parallels go perpendicular. Where corruption in Brazil, Ukraine, China, India and of course Russia (no link necessary, you can find this in the NYT almost every day) is pressing news and important for Americans understanding of the world, rot at the heart of the empire goes unreported.

Corruption is clearly not a concern for those who run American government, or how could Paul Krugman scold the Sanders Campaign as irresponsible for refusing to launder the bribes of the rich through PACs for the Democratic Party? Sanders is presenting that party an historic opportunity to do without the bribes of oligarchy and fund itself directly from its constituency and the party's leaders are doing all within their power to defeat him. The party has no problem with the source of its money. It will be interesting to see, if we ever get to, how the missing 30,000 Clinton emails may touch on "Car Wash", or "Unaoil" where Reddit has already made the link. So corruption is no longer a defect to our system, it now appears to be essential, what core remains of the hollow shell imperium.

None the less, this system is at war. It's a different kind of war that's recently meme'd up with several slick new names.  It started with a notion about chaotic systems and the opportunities they present for imposing change and morphed over a generation into a doctrine not publicly articulated but reducible from observation as "controlled chaos" who's targets have taken to calling it "hybrid war". The governments of Russia, China and Brazil are all acutely aware it is being waged against them and they are beginning to react accordingly. Brazil is at present the most precarious, but it is clear that the issue of imperial meddling is getting traction there. China is arming the Spratlys which could lead to any number of open war scenarios.

But the most interesting recent development is in Russia. There, a government birthed in the demographic collapse of US administered post Soviet "shock therapy", while grappling with its own demons of corruption and brutality, has spotted what seems to me the decisive fly in the imperial ointment. Having demonstrated that wars can be fought and actually won, in clear contrast to recent US war efforts, Russia has called the worlds attention to the "controlled chaos" of US "hybrid war" and pointed out the costs born by everyone but the US governing malpractitioners.

Beyond the hot spots mentioned, with induced chaos apparent now in Brazil, China and Russia one is left to assume the hapless Modi in India is already "aligned", the first "installment" of Corporate plans for the BRICs. Politics is the continuation of war by other means: as we accuse Putin of weaponizing everything, we have in fact weaponized finance with "sanctions" imposed unilaterally by the US Treasury as a staple of foreign policy. Dollar hegemony, reserve currency status, was a coercive enough tool to prostrate all our trading partners until 2001, since then that power has been compounded by personal bespoke sanction, as if a finer point was needed.

Even beyond Wall Street , war has become a profit center for private corporations the US pays to supply and, where it would be embarrassing, to wage the actual fighting (and other un-speakables). War, like every other Washington Consensus activity has been converted into a financial product to guarantee corporate cash flows even as the state pursues "national interests".  But the financialization of war has peculiar consequences: private contractors profit from sustained war, sustained destruction/replacement of materiel, and by provoking ongoing hostilities. This we continue to see. In response Putin is building an Army Group, an armored attack force suitable for a large ground war.

Washington has spent the last sixteen years abusing the trust of the American people in every conceivable way. NeoLiberalism, the governing ideology, can be summed as the recognition and betrayal of trust, wherever it is found, converting trust to money profits for Oligarchs who have purchased the enabling legislation guaranteeing themselves what "benefit" such a system can offer. Trump and Sanders have identified themselves with the betrayed, with varying degrees of sincerity one assumes, and their insurgency won't go away regardless of their individual fates. Trump voters in particular are in a "post Soviet shock therapy" collapse of their own. The betrayals of trust have been so great, preying on the patriotic for so long, there is no way the US can man for war a comparable ground force: the morale for such a thing can not be hired, it can only be bread through shared sacrifice and strong, supportive group identification, through trust. Exactly the behavior our system has been monetizing for the last generation.

By the end of the Andropov era, the feedback mechanisms of the Stalinist system in the USSR were so sclerotic with corruption that the realities of life in Soviet Russia had become invisible to the dacha dwelling elite of the Communist Party. Both wings of our Propertarian party now suffer the same affliction. If the insurgency fails this fall, it is likely our next President won't be able to contain what was started by two predecessors: World War III.
Posted by jsn at 9:40 AM No comments: