CIVILIZATION AND THE BONDS OF FREEDOM 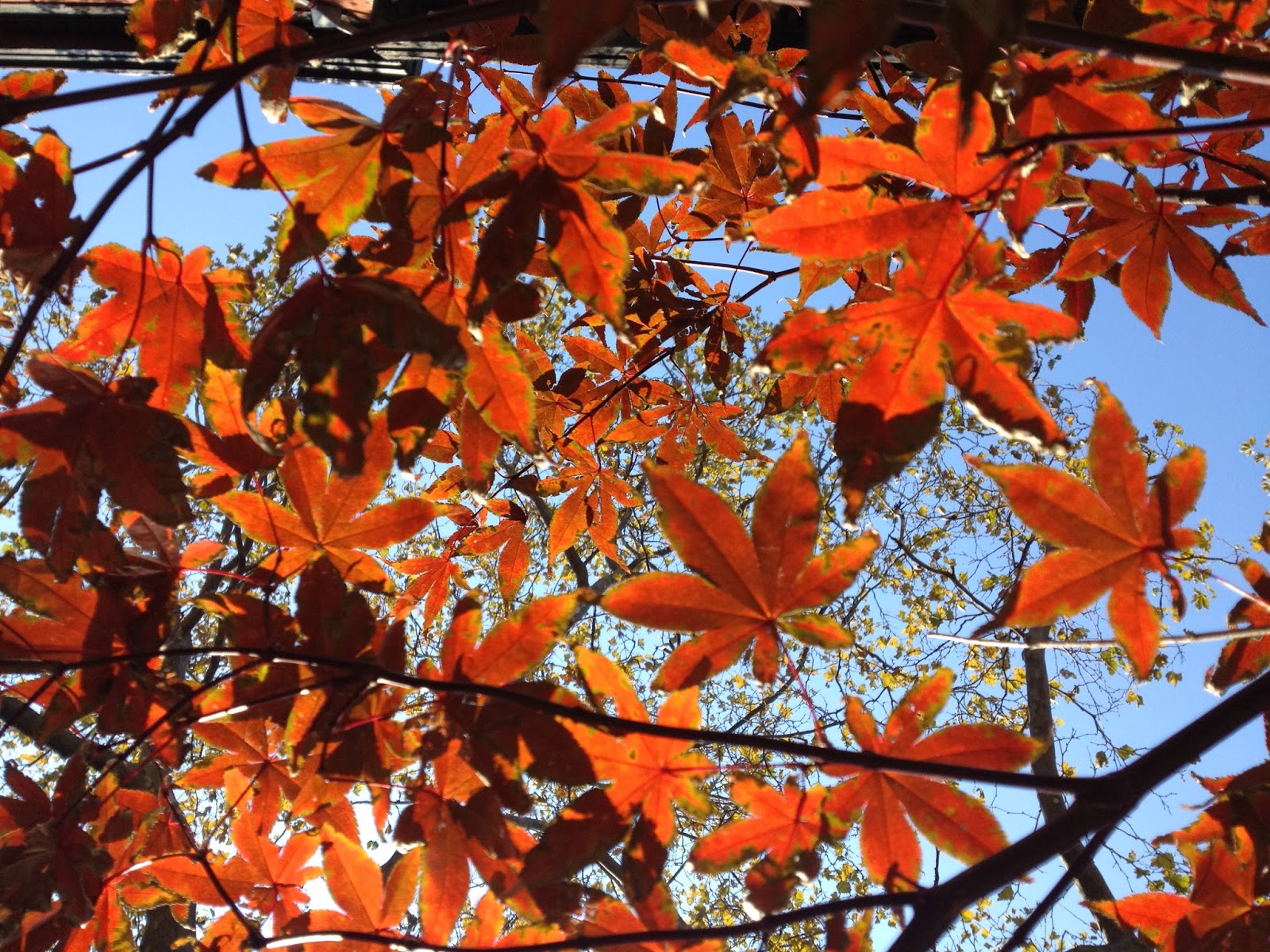 1, 2, 3, 4, 5, 6
Civilization is the sum of population, culture and the material artifacts of the two, primarily now in cities and the physical systems on which cities depend. Culture is an artifice that expands infinitely to include all communicated and effective ideas, its’ medium is people and its milieu is mind. Culture is the intellectual infrastructure of civilization. It organizes populations around ideas about god and things, about reproduction and death, and about how to benefit from civilization, its manufactured habitat. Culture creates religion, politics, literature and all of the other ideas and objects that comprise the superstructure of civilization to which we in some ways acclimate ourselves.

As individuals or groups, when we act within these cultural institutions they amplify our motives by leveraging them across groups. We produce objects, tools, documents, art, buildings and the world of fabricated things, or we participate in the feed back system of communicated ideas manipulating the infrastructure that is culture itself. Whether objects or ideas, those things that succeed in re-shaping culture are then integrated into it to strengthen their hold on it, or added by accretion when new institutions are created. In either case successful objects or ideas are assimilated into the perpetual re-transmission and propagation that is the core conservative function and fact of culture.

The cultural forces that suggest actions to people, that engage our emotions, are simultaneously acting on individuals and groups. What we individually experience between ourselves and the groups to which we choose or are forced to belong is often dissonant. The cumulative effect of the syncretic
proliferation of institutions is a growing awareness of constraint. As we participate in the reciprocal obligations of civilization, we directly experience all of the negative aspects of the cultured condition as tension, tension we find in the physical and psychological limits placed on our actions by a great number of forces we are barely able to effect, or can not effect at all and of which we are often only marginally aware.

The dualism implicit in the conception “determinism versus free will” embodies this tension and is an artifact of language that differing cultural institutions choose to view in differing ways in order to motivate people towards differing goals. This formulation represents the poles in a debate about the place of individuals in civilization, and embodies a false duality that is the product of imagining the world through the filter of language. These are not illusions but the inevitable metaphors that are the world of language. Metaphors for the cultured conditions’ manifest experiential contradictions.

Determinism and free will are symbols we use to represent to ourselves metaphorically the paradox of our own ignorance of the unknown choices we could make. While we feel that we make choices, what we select from is almost always strictly constrained. Neurologically we know now that our emotions set our course of action before we become aware of “choosing” to do so. But the choices and the constraints are nothing more than the context we create linguistically to ground our actions in words; the actions stand for themselves and are our freest individual expression.

One of the great utilities of language is its’ ability to define, a power that places it at the heart of all foundation myths. Once incarnate, however, the definitions languages afford can take on their own lives. Without continual attention to the purely practical purpose and innate arbitrariness of definition at the heart of language, words take on a powerful normative force seeming to legitimate what “is” by the mere fact of naming it. Concepts like “determinism versus free will” are strictly linguistic constructions that derive their meaning entirely through the definitions of words, there is no experiential analogue with regards to the specificity of real actions: language is always metaphor.

Concepts or roles or ideas defined in language always have the appeal of the natural, giving them a normalizing intellectual force, despite the pure artificiality of language itself. Physically, “to run” is an action that each individual in whatever circumstance will execute in a unique way; linguistically “to run” is a metaphoric glacier composed of the infinite snowfall of specifics that in infinite contexts can attend the idea yielding up page upon page of definition in the Oxford English Dictionary. There is nothing natural about any of this except that the human animal makes the cultural apotheosis we call civilization: language, civilization and all that follow from them are natural artifacts of man.

The human creation of the written word made space for a cultural transcendence that we call Civilization. At that moment culture was for the first time in the position to supercede individual memory. Until that point, the ultimate meaning of a group’s narrative was subject to direct contention and interpretation by the leading members of the community. The narrative meaning was thus continually subjected to immediate needs and interpreted by mutual contest or consent in light of them.

Perfect memory is not a gift evolution has bequeathed us, and for good reason. The infinite specifics of historical events embed outcomes in a crystalline structure of unique circumstance. No lessons can be drawn from such outcomes, defined as they are by this infinite contingency. Instead of such fine-grained memory, evolution has equipped us with memories that sort themselves by patterns. In the daily life of a small community, weddings, funerals, wars and feasts will, in scale, all have a great deal in common: all members of the community are in some way affected; there are gains and losses to each individual, costs and benefits; outcomes can dramatically affect all. But each kind of event is very different from the others. Our brains are structured to impose categories such as these and disregard the historical minutia, however consequential they may in unique circumstances turn out to be.

This generalizing quality of memory, the attention to concept over specifics, makes it possible to organize experience in order to gain predictive ideas about the world. To the extent that memory lacks specificity it is potentially creative. Before writing, the community continuously contested or conserved memory as a social endeavor that flowed with the communal experience and was the creative engine of material advance. With writing, an abstraction of memory taken at a particular moment became for the first time permanent. This is the first fixed star of the mind beneath the heavens and for the first time creates an origin for a Cartesian understanding of culture where change can be measured in direction and amplitude.

The closer we look, the more ancient and primal culture becomes. Our surviving cultures all passed along learned behaviors that led to group success across generations and successfully added additional organizations and tools as their benefits became understood. Certain key tools in a cultures reserve have had decisive demographic impacts, that is, have had consequential reproductive advantages at both the individual and group levels. These impacts are commonly understood to mark new points of departure after which the basic mechanics permanently change, but this overestimates their impact. The difference between an entirely pre-literate society and one in which there is a literate caste is no greater than the difference between that society with a governing literate priesthood, for instance, and one with both a literate priesthood and a literate political elite. This latter society then stands an equal distance behind one with literate priests, politicians and merchants. Etcetera. Literacy needs to be understood in its’ demographic relationship to every society. The greater the scope of literacy, the more choices the overall group has in its’ narrative identity, the more choices it has in confronting the historical contingencies it will face.

Each of these institutional advances rounds society out with more organizational relationships and more hierarchical structures within which more people find their place to contribute. But as this density and interconnectedness builds the distance between necessity and individual decision points grows exponentially along the z axis of aesthetics, removing individuals from the necessary effects of their choices. To the extent that a civilization is healthy its institutions prejudice individuals in a communitarian vein encouraging socially beneficial decisions. To the extent that moral decay sets in, each layer of institutions becomes another potent vector for expression of personal avarice. Where the rewards are immediate and costs invisible beneath an unconsidered overgrowth of institutions, why not serve one's own interests? When the normative stories a culture tells itself begin to validate these self interested decisions they clear the way for a crisis of value inversion where the distance from the plane of ethics and necessity too easily occludes moral viewpoints and our elevated position on the z axis become a lever arm for evil rather than good.

The culture in which we embed ourselves in order to partake in the benefits of civilization embodies the stories that in the past successfully persuaded people to engage with the vast infrastructure of physical and intellectual things around them in ways mutually beneficial to themselves and their fellow citizens. This culture is ancient and constantly changing. Things are learned and forgotten and even as we conserve we forget: forgetting is in our nature and what is essential in the man made environment of civilization is not necessarily what seems essential to our evolved heuristics, tailored as they were by a hundred thousand years experience before the written word cast us on the course of civilization. Our narratives are now fixed not only on paper but in the ether of the internet where more human information is created in a moment than can be understood in a lifetime. The narratives of value at the core of our success are overwritten daily by a sea of the novel, the interesting, the distracting and the constraining.

We are free to pursue our thoughts and material ambitions because civilization empowers us with technologies and institutions that enable our needs to be met with a convenience previously unimaginable. But these technologies and institutions, through their complexity, have taken bureaucratic life of their own, calling into being human organizations focused on the logics and operational values of the tools rather than the civilization the tools were conceived to serve. The enormous scale of institutional success of these infrastructural systems has left many of the people engaged in their preservation and propagation isolated from the larger humane values underpinning the project of civilization. As these systems are bent to their own local goals, beneficial to those who tend them, the affects on the larger body of citizens is one of constraint. We are bound by the systems that make us free. To the extent they serve narrow purposes, they make the broader world a slave: this is the bond of freedom.