Brand, Paxman and the Democratic Aesthetic 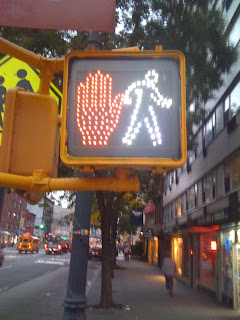 I posted this BBC interview of Russell Brand by Jeremy Paxman recently as a Link because I was attracted to Brand's ethical zeal. I thought he called out a laziness on Paxman's part that seemed to me a fair proxy for the general inertness of most Western Liberalisms. But it keeps bubbling back to the front of my mind: there is something deeper going on here that yields both a more positive picture of Paxman and a potentially useful shift in perspective.

Brands's position is one of direct ethical experience: the people he knows and cares about are being systematically screwed by a system that is neither representative nor just. Paxman tries to maintain a position above this looking at the institutional implications of Brands' ethical assertions. When Paxman suggests one can't take political comments seriously from someone who refuses to engage with the political system, he is trying to draw Brand's energy into a system of political institutions in which, I suspect, Paxman believes deeply: he calls this amalgamation of systems "democracy" and is adamant that participation in its processes is the sine qua non of political engagement short of the might makes right kind of engagement typical of authoritarianisms.

Brand is having none of it because he has too much direct experience of the deleterious affects of Paxman's system, such as it has become. Brand has the imagination and curiosity to see the realities of environmental and human degradation rampant in the nominally democratic world he inhabits. I don't think anyone who pays attention and is honest about what they learn can any longer sustain the argument that, world wide or even in the West, our current technologies in combination with our existing political economics are by any stretch any where near sustainable. Not only this, but looking just at the political economics, there is no plausible argument that anything significant is moving in a positive direction. Much better arguments exist that political economic events are accelerating rapidly toward some decidedly bleak, even disastrous outcomes.

But Paxman's history is right: representative government has the best record throughout history in ameliorating broad popular problems and mitigating the distributional sclerosis entrenched institutions embody once institutional imperatives take on bureaucratic life of their own. So what is really
happening in this interview? I think Paxman has aestheticized, for well grounded historical reasons, a set of systems and institutions that  have been so systematically corrupted that they no longer actually do any of the beneficial things they were institutionalized to do. How can this be? How can such broad systemic subversion come into being without actually de-legitimizing itself along the way?

I've been trying to systematize some of my thinking lately and one of the diagrams at which I've arrived is about the relationship between ethics and aesthetics. It begins by assuming that our bodily needs are at the root of all human meaning and that humans are socially evolved animals: that our bodily flourishing occurs in groups and that there is a universal(ish) set of human instincts for sociability. Ethics, in this model, derive from these social instincts. They are not necessarily logically coherent because they are the result of emotions, the perceptible manifestations of these instincts, and they regulate our individual and group behaviors. Because the body has real material needs, necessity drives our instincts for survival and because genes like to perpetuate themselves we feel a drive similar to necessity for reproduction. And finally, because we are socially evolved, all this plays out in groups who are materially and functionally engaged with our personal ethics.

So if you imagine our plane of existence as quantified with an x axis of ethical behavior and a y axis of necessity, every individual occupies a unique point where their material reality intersects their ethical impulses. These impulses regulate whether the decisions an individual makes in response to the necessary challenges placed before it are socially beneficial. The benefits that accrue to coordinated efforts across individuals have been, in my imagining, a significant form giver to the patterns our minds are evolved to support. But as these moral/necessity positions on the plane establish a beneficial/deleterious relationship between the individuals on the plane, the feedback of individual awareness of these relationships and coordinated group response establish social institutions and conventions that try to optimize the beneficence of the aggregate moral/necessity position.

These institutions and conventions are aesthetic: they are group value expressions of support/condemnation of decisive options individuals are faced with. Real ethical impulse and real necessity intersect only in individuals: our reality sets our choices at any give point on the plane. To the extent we accept the aesthetic of our group, our choices at our decision points are framed by a community value agreement as to the benefits or costs of our particular choices. Further, these community agreements have a temporal nature: we only have access to them through accepted communal narratives that once stated take and hold a particular form. This form represents the accepted value framing captured in the narrative as understood at the moment, a fixed time in a fluid world, when the narrative becomes normative to the community.

So a set of institutions and conventions are agreed and embodied through the acceptance and propagation of communal narratives that we then engage with individually as we happen individually upon them as we develop on our own unique time frames. For Paxman the British institutions of common law and specific historical laws, such as the separation of Church and State, the rights of individuals, freedom of the press and electoral, popular democracy all cohere in his mind as the narrative of British Democracy, to which for good historical reasons he is quite enamored. But each of these institutions and conventions, when viewed as individual aesthetic decisions of communities, embodied at particular historical moments for particular historical purposes all become subject to perversion as time changes the meaning of the narratives which generated them by simply changing the real substrate of necessity from which they were derived.

In the absence of the lived experience that generated each of these institutions and conventions, the individuals who become responsible for maintaining them turn their social power to current problems that will eventually, inevitably introduce opposing values. Institutionalization and conventionalization are inherently conservative social operations. Once they occur, certain individuals derive positive position on the moral/necessity plane by simply co-occupying the point the institution occupies. These individuals capture the power of the institution without necessarily understanding or valuing its generative position on the ethics/necessity plane. The generative conditions of the positions on the plane no longer exists: they are now history. When holders of such positions put their current concerns ahead of the historically generative concerns, they change the current meaning of the narrative without changing the narrative at all.

Seen this way, this aestheticization of ethics, its institutionalization or conventionalization into fixed form, aesthetic form, transforms the original ethical impulse into a coercive tool that once re-directed from its formative ethic by time becomes available to power driven by any other motive. If ethics and necessity form a set of x/y axes, then, aesthetics form a z axis from which height or depth we judge our position on the ethics/necessity plane. From this model we can see that whether we are on the plus or minus side of the z axis, the ethics/necessity plane becomes more and more remote the more institutions and conventions separate our view point from the plane itself. Advanced technological societies have innumerable institutions and conventions that hold us some great distance above (or below) it. The most moral people can, from the pinnacles they achieve on the plus side re-envision our moral world and shift all the earlier points further into more positive moral territory. The opposite is equally true from the negative side.

To the extent that the historical understanding of the institutions and conventions becomes lost or obscure as the multiple layers of institutions and conventions accrete over time between the founding ethic on the plane and the remote distance to which aestheticized modern industrial society has raised or lowered us, simple ignorance becomes deleterious and conservative institutions begin to pervert their own meaning. For Paxman his rightly valued "democracy" represents all those great historical institutions I mentioned, for Brand it is the system that has produced the grotesquely perverted outcomes he is equally rightly outraged by. Toward the end of the interview as a throw away line in casual response to Paxman, Brand says of course he'll vote if the system ever gives him anything meaningful to vote on. And there you have it: the aestheticizations of the system have perverted "democracy" to the point that Brand, more concerned with the real state of things on the ethics/necessity plane, can no longer recognize anything about it that seems even remotely positive, or even potentially useful.
Posted by jsn at 11:43 AM