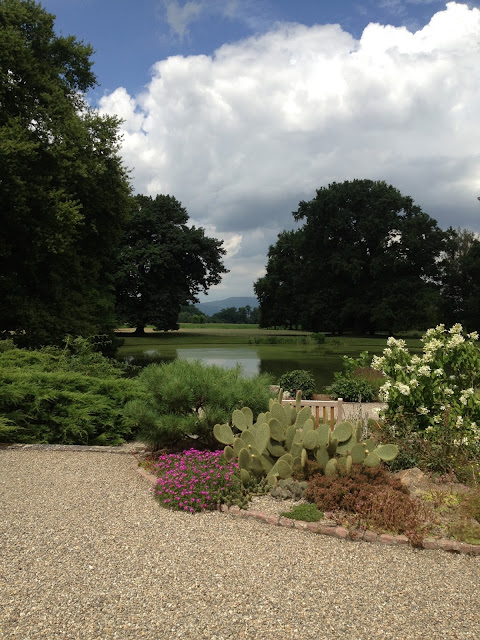 Cliodynamics is a name chosen for their collective pursuit by a group of historians trying to put the study and modeling of history on a scientific footing. Party to this effort, Peter Turchin's excellent self published book "ULTRASOCIETY" proposes a cliodynamic theory for how our biological being, the result of Darwinian genetic selection, has interacted with history through culture to create the kaleidoscopic complexity into which we all awake at birth. He has theorized in essential ways how we got here.

Previously, in Culturally Constructed Individuals, we traced the development of expanding scopes of identity, how we all construct our own "selves" by identifying with cultural institutions and narratives experience of the world presents us with as we grow. Looking at how people embed themselves in the received stories of moral behavior they grow up with, we tried to understand what institutions set out those roles and why. People look to values familiar from tales, however relevant, for the choices they make about their place or actions in society: institutions have a stake in which tales are ready at hand when such choices arise.  Civilization And The Bonds Of Freedom treated where this externally structured but individually constructed identity, this self-consciousness developed in acculturated individuals, finds itself in our present world. Turchin's book tells us how the complicated density of inter-dependencies that is our culture, including inexplicably complex technologies and infrastructures, could come into being in the first place.

He and his collaborators are in the process of building a database from which to construct testable models of historical causality. The importance of their effort is in ennobling culture with agency above or parallel to the individual agents who act through it. Biologists have stubbornly resisted the idea of cultural selection, that something like genetic selection can happen at a super-individual level, that beneficial behaviors can be developed, coordinated and sustained across generations culturally rather than genetically, but are at a loss when asked to explain the scale and complexity of modern industrial society. Particularly they object to the centrality of altruism, or more reductively, of trust at the heart of this vast, complex social structure. In the absence of genetically meaningful mathematical connections between individuals, Dawkins for instance, classifies altruism a spandrel: an artifact of another genetic intent that happens to have effects of its own, un-selected for, arrived at by happenstance.

The current book effectively makes the case that civilizational complexity is the result of warfare, the most acute form of cultural competition. In facing opposing societies in the deadly competition of war, the impulses bequeathed us by biological "kin selection", well documented in many social animals, are bent to a larger culturally defined form: those societies that coordinate most effectively win at war. More than that, the forge of war causes cooperating societies to engage in social structures exponentially more complex than they will consensually enter into under any other circumstance and this complexity yields efficiencies of a scale that not only makes them sustainable but actually produces large new surpluses by socially reintegrating evolving technologies, optimizing private innovations into public goods.

It is a winning argument for "cultural selection", an idea so intuitively obvious I've always puzzled at the narrow mathematical vision rejecting it, like the "micro-foundations" movement in economics which has blinded a generation of economists to the obvious usefulness of Keynes General Theory, biological determinism ignores humanities greatest construct: culture. Turchin argues that warfare, the pitting of ever growing societies against one another in existential conflict, selects for the cultures that facilitate the greatest in-group cooperation yielding the most effective external projection of force. In-group trust is the foundation of out-of-group force projection and the medium through which newly efficient social, economic and technological arrangements are institutionalized.

This happens despite entrenched power centers built on old inefficiencies being displaced: when a social, economic or technological system is improved, its innovators will tend to capture the benefit unless new institutional relationships are brought to bear forcing equitable distribution of gains. Conservative institutional structures then tend to preserve existing power relationships making the short term effect of innovation ever increasing rent extractions, entrenching existing power relationships except in existential extremis, that is except in war. When victory in war institutionalizes the new efficiencies that yielded its' issue, those innovations yielding the greatest civilizational benefit are molded back into their most useful form as public goods. Warfare tilts culture toward public goods to the extent it must to preserve its public, the vessel of culture.

That the lessons of war can be ideologically constituted to reproduce themselves culturally, sustaining the benefits of in-group trust across generations is explained in Chapter 9, "The Pivot of History". Here Turchin shows how Axial Age Religions, a new form of ideology, extinguish earlier Divine Ruler societies, societies that seem so archaic for the centrality of human sacrifice to their governing ideologies. This earlier form, seeing the population as tools of the divine, uses people for the divinity's grandeur: conquest abroad and sacrifice at the alter underpin the system's legitimacy: it is a system based on the terrifying clarity of brute power. The Axial ideologies see the community itself as the locus of the divine, making the strength of the community the goal of the ideological structure. The in-group cooperation of Axial societies relieves them of the substantial internal costs of exploitation. Where the central ideological function of the Divine Ruler state is keeping the population in awe, subjected by costly physical force and terror, Axial societies aim to normalize cooperative behavior across society creating strong, healthy  communities made entirely available for mobilization into the existential conflict of war when the occasion arises.

While the scale of societies built by Divine Rulers institutionalized efficiencies adequate to dominate simpler tribal neighbors and subjugate captive societies, Axial culture out competed the internally costly God Ruler governing form by husbanding society rather than exploiting it. Another transformative cultural adaptation, one quite possibly tied to our actual genome a hundred thousand years earlier, was the adoption of projectile weapons. In Chapter 5, "God Made Men, but Sam Colt Made Them Equal", Turchin describes how the primitive Big Man was banished from social dominance in simple tribal societies in a way analogous to the displacement of God Kings by Axial societies: incorrigibly dominant men were simply stoned to death from a safe distance by their more cooperative relations. In the process those cooperators created the egalitarian tribes God Kingdoms would later prey upon. Cliodynamics oscillates thus, between centralizing exploitative and distributive cooperative social forms.

With simple ambitions, itself the product of a much larger project just begun (the 2015 founded Society For the Study of Cultural Evolution), this short, clear and readable book opens up vistas that promise a fruitful future for its author and Society. Ian Morris' 2010 book "Why The West Rules - For Now" was my first exposure to the attempt to mathematically quantify, measure and test historical hypotheses. That book was pointedly ambitious both in its title and its subject matter. To my mind, Morris' idea of "energy capture" is the defining characteristic of our species and will be one of the lenses through which I view the current work in subsequent posts. Morris also noted that "technology changes geography", which, when we consider that technology is an artifact of culture, reduces to "culture changes geography," another lens I'll bring to bear on Ultra Society. Finally, Philip Bobbitt's "The Shield of Achilles" serves as a sort of prophetic illustration of Turchin's mechanism at work. In a future post, I'll use that illustration to bring my comments into the present to discuss the current meaning of Ultra Society with regard to the nonsensical end of Bobbitt's otherwise excellent book. It's fair to say Turchin's little book, at 233 8pt pages, has affected my thinking as much as these other two, weighing in at 622 6pt and 824 5t pages respectively.
Posted by jsn at 9:16 PM