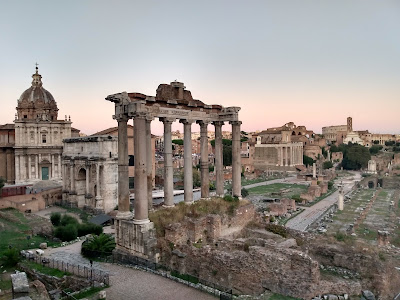 "The West" is in the process of demonstrating that it no longer exists. We are living through an astonishing period in which infrastructure after infrastructure is being shown to have been privatized and then monetized, which is to say the Public Good component has been liquidated, converted to private financial wealth and thus no longer operational. A great portion of the world's population now finds itself at the mercy of mercenary, amoral Western Oligarchs and Plutocrats who have dimantled the State to empower themselves with sociopathic disregard for those things they cannot themselves provide. A coordinated response to a Public Health crisis, or airliners that don’t spontaneously nosedive for instance.


COVID-19 has exposed the core value of Neoliberalism: money is all that matters, life without it is worthless. No exceptions, if you're a new born, a superannuated war hero or the inventor of a vaccine that has saved billions of lives, if you don't have money you don't deserve to live. Our Oligarch in Chief went on television to announce that trade and travel with Europe would be blocked for a month due to the coronavirus and that testing and treatment charges would be waived for Americans who fear they may be infected. Homeland security latter clarified that, in fact, trade would not be blocked and if you want to get to Europe you can fly through the not so United Kingdom. The main US medical insurance trade group clarified that while testing would be covered at no expense to patients, any treatment would be subject to copays and no doubt surprise billing. The US has proven incapable of making test kits available in anthing but desultory quantities. For the Neoliberals in charge, if you can't afford medical care they'd like for you to know what's making you sick once you are sick so that you can go die quietly somewhere without infecting them, but preventive testing would be a crime against the market: sickness is the demand that drives it! Public Health wasn't worth a moment's thought until your disease put them at risk. Of course if you want treatment you will need to pawn you future.

The response from Congressional Democrats is nearly as vile, they have passed a bill that will temporarily fund payed sick leave and unemployment insurance for everyone who doesn't have them (and doesn’t work for a company with more than 50 employees, Walmart & McDonald's staff are still on their own) just through the pandemic. This rather than permanently legislating them as a human right and Public Good like any first world country: everyone knows that Medicare for All cannot be made law. Apparently the Democrats are concerned about the untreated adding to the already huge homeless populations in all the major Democratic strong hold cities, Team Blue is not offering any relief on copays, insurance premiums or surprise billing but does think in a pandemic thier servants should stay home rather than coming anywhere near.  This concern will pass with the crisis: Public Health is immaterial to Neoliberalism, private profits must be maintained particularly when a global pandemic affords opportunity for “surge pricing". So, from both Parties, it's "your money or your life."

A particularly awkward time for the Democrats to have to address this issue as they have just rigged every caucus and primary to ensure that Sanders, who has been pushing for medical care as a human right for years, doesn't become their nominee.  In litigation following an assortment of frauds in the 2016 Democratic Primaries, Party officials stated the Party is a private club that can do whatever it wants whenever it wants with rules and procedures, a fact in evidence with the last minute introduction of the APP in Iowa that made votes uncountable, confusing the outcome and stealing late votes and momentum from Sanders. Then, Bloomberg entered the race and the requirement for "campaign contributions" above a certain threshold to participate in the debates suddenly vanished. That all candidates with "delegates" qualified for the next debate suddenly no longer applied when Tulsi Gabbard unexpectedly got some.

The Democratic Party has become a toy of the Intelligence Community, the twin MICs (Medical and Military), and the Professional Managerial Class (PMC) who all desperately want a reliable subordinate in the White House to handle PR. The self-funding Sanders campaign is the biggest threat these constituencies see as his vast number of small donors have wildly different interests from the corporate and Permanent State functionaries who control the Party. The Republican Party is the unselfconscious Party of the Oligarchs after Trump’s hostile take over four years ago and the Democrats are now demonstrating themselves to be the Party of Permanent War, Universal Surveillance and profits before Public Health. The PMC's desperation for a more respectable face in the White House is not because they want to change how things are run, after all, they are running things, its' that incumbent incompetence has revealed that the PMC itself has set up "Health Care" as a system to encourage the poor to become sick so that the Medical Industrial Complex can profit from their illness. Congress represents corporations who see citizens as cash cows.

Sovereign once in its borders and its people, now, when the Oligarch in Chief accuses China of infecting the world with the pandemic embarrassing his government, he is insulting the people from which we acquire most of our essential medical products, from face masks and gloves to antibiotics and other pharmaceuticals. This is the sad result of the CEOs and MBAs, the leadership cadre of the PMC who form the core constituency of the Democratic Party, having realized that resilience, a Public Good, could be monetized by maximizing industry concentration and the “global division of labor”, the latter a euphemism for the race to the bottom. This race is in pursuit of the most exploitable labor, land, ecology, whatever to maximize the money returns to capital while dislocating to remote locations and unseen people the starvation, misery, ecological destruction, atmospheric pollution etc. from which profits derive. This monetization of unseen devastation has driven Western “Globalization” and it is arriving at it’s endgame.

China, today, offered medical assistance to Italy while the US treated Italy as a threat and the EU ignored her request to activate the EU Mechanism for Civil Protection. Russia has told OPEC to grow up, collapsing the price of oil. This will in a matter of weeks plunge the US Southwest and particularly Texas into recession as the fracking industry collapses. In turn, that means the US will have to ramp up imports of oil and gas, putting downward pressure on the dollar at the same moment the financial markets are plunging as a result of the cash flow displacements emanating from various COVID related quarantines, lock downs travel bans etc. These cash flow displacements promise to blow up the teetering inverted pyramids of debt QE has imposed on the financial sector across the West for the last decade. All the fraud propped up by a decade of global Central Bank financial transfers to the rich stand to unwind.

We have become a menagerie of squabbling Oligarchs, enabled by a begging coterie meretricious meritocrats haggling over privileges, trampling a dance floor built of the bodies of American workers, living, dying and dead. A nation that sees it’s people as an extractive resource until they become an unnecessary cost will not stay a nation for long. An empire built on pure economic exploitation, the Neoliberal retooling of what we once called “The West”, will rot from it’s deadest organs first, in this case its head. The scale of catastrophe will be determined by how long it takes for someone with some holistic understanding of Political Economy to step in and restructure what remains salvageable.

It’s a disgrace to be hoping for an American Putin to step in stop to the free fall, but this is likely the best “The West” can hope for.