Financial Repression: Why Daddy Won't Give You A Porsche 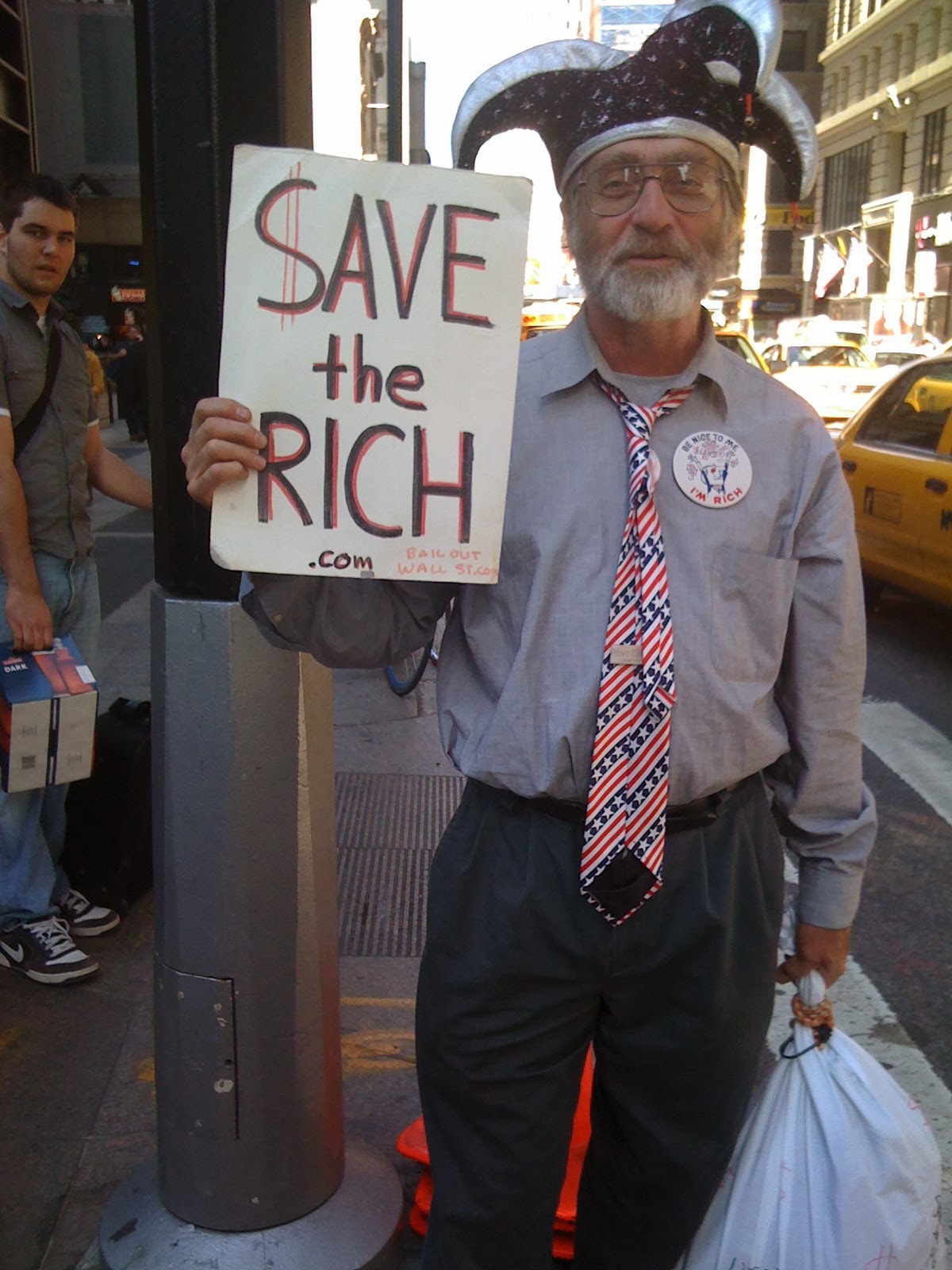 A clever term of art, casting conditions in a light flattering only to the hoarders of money like assets, financial repression is said to occur when fiscally sovereign governments hold interest rates below the rate of inflation making such hoarding a money looser.

Within the edifice of our current economic ideology where acquiring money is prima facie evidence of righteousness, that the avatars who've succeeded in this sacred quest should loose a nickel while they wallow in their hoards is a crime against the arch-virtue of avarice. Not satisfied with wealth as its own reward, these Mammonites want it working for them even when they want no one else to. In fact they currently whine about the iniquity of a government that refuses them rents on their hoards even as they themselves attempt to both steal the last nickel from and dis employ everyone who does not rely on rents for income. It is the plutocracy that claims to be repressed by their inability to extract what little wealth remains outside their present spoils and that there exists, at least for the moment, one channel through which the government will not guarantee them money.

This kind of abuse was instrumental to the communistic growth endured by the United States and the Western world from 1946 to around 1980, in the wake of World War II, when frothing New Dealers cheated the wealthy by insisting their assets be productive in the real economy to preserve what value they could for their legacy of financial claims. In that dystopian past, where spalpeens with grease stained cuticles skimmed half all earnings through the indignities of diaphoresis, repression leached what reservoirs remained from that eclipsed gilded age traduced at its apotheosis by the class traitor Roosevelt. At just the moment when the Righteous finally grasped the financial power to liquidate a seditious rabble who's inattention to the virtues of lucre had manifest as their own debasement, this usurper clove finance from the sinews of the state and set back his class four generations empowering the poltroons, miscreants and dastards of Main Street.

On the other hand, if we grant the incentives on Wall Street might be more attractive to poltroons, miscreants, dastards and spalpeens, this begins to suggests perhaps the sweat and dirty fingernails on Main Street may actually be where real wealth is being created. From this we might suppose that the elevated levels of unemployment Wall Street has relished these past four decades may account for some significant proportion of the dysfunction in our economics. In fact from a purely real point of view the repression inherent in unemployment for those who seek work is a great deal more constraining and actually threatening to physical well being than the financial variety ever is, affecting as it does only the accounts of paper wealth. Not to suggest that paper wealth is without worth, but it only has worth to the extent it is deployed in the real world to engage real resources in productive manipulation or exchange.

This is the crux of the matter: money is a social contract and nothing more; it has value to the extent it serves social purposes by making the society that uses it stronger in some way; the primary purpose of state issued money is to pull forth the productive use of real resources within that part of global exchange system from which that government commands real resources; to the extent that private money is allowed through the creation of private debts this is to encourage productive behaviors better performed by markets than government. At present, however, the vast preponderance of private money/debt is not being deployed toward socially useful production, it has been re-deployed as a paper wealth extraction machine. The decriminalization of all manner of fraud under the banner of deregulation has perverted the incentive structure inherent in markets to reward fraud above everything else. What honest business can sustain itself in the face of competition from frauds who benefit from decriminalization? Where indirect theft is a legal business, it is only a matter of time before it is the only business.

Once in a largely decriminalized economy of frauds, what stake does any fraud have in real production and real wealth creation? The fraud business model of the deregulated economy gravitates to pure extraction as that is where it finds the least risk: simply taking previously created wealth through fraud, now legal, is much less risky than actually investing in the uncertain business of trying to make real things better with and for real people in the real world. Having recognized that fraud is now a dominant business model in the American corporate economy, particularly in finance, and that it will not be prosecuted and that as a political issue this is beyond the usufruct of the Fed, the Fed has at the very least said it will not reward the looters at the top of the food chain of fraud to sit upon idle piles of money and receive rents for it from the government.

So daddy is old and feeble now at the Fed. He won't scold you for stealing and he won't ground you for cheating your family and friends. He won't take anything away from you that you already have, but as tired and weak as he is, he bloody well won't give you a Porsche either. So quit your insipid whining about financial repression and get back to the bald face theft your are best at.
Posted by jsn at 12:23 PM