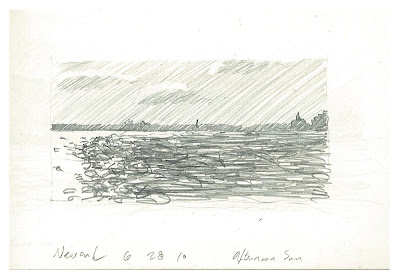 By personalizing the issue, the focus on the Koch brothers involvement in right wing politics confuses the causality of the endemic corruption in our system. The Koch's, among others, are an inevitable result of the Supreme Court's metonymy confusing a signifier, money, for speech, one of the infinite number of things money can represent that also happens to be a constitutionally protected right of U. S. citizens.


Money is a universal signifier of abstract value, a yardstick by which all relative economic values can be compared. It is created through a printing monopoly by an issuing government, in our case the Federal Treasury. Speech on the other hand, most narrowly, is vocalizations by individual humans. More generally and as constitutionally conceived, it is the lined up sequences of words with their meanings individual citizens speak or write with political purpose.


The Constitutional formulation with regard to the words citizens speak was conceived as a tool to protect the relative value of individual citizens thoughts and opinions as expressed politically within society. While not all humans speak equally loud or well, this constitutional protection at least allows equal hearing, an essential equal opportunity to think, expound and be heard to all who choose to participate politically. The effect of what is said is subject to the convincingness of its form and content and within the confines of a competition of ideas will stand or fall on those merits alone.

By confusing speech with money, as our courts have, they have conjured in place of the constitutionally intended competition of ideas a marketplace. A bazar rather than a forum. It is money that makes a market, not the exchange of goods: all sorts of systems of exchange have preceded markets, from communal sharing of resources to simple reciprocity to gift based social hierarchies. In smaller societies with simpler technologies these structures could support their civilizations. Because of scale and complexity ours has grown to depend on markets for exchange, for the distribution of essential and other goods. For this to work however, there must be a sustained broad access to money income and markets are prone both to periodic failure in this regard and to sustained failure in the provision of public goods in particular.


Until Buckley vs Valeo, while there was no doubt substantial money spent on politics, it was understood that this was corrupt, indeed it was the definition of corruption. Instead of facing the growth of corruption that "campaign finance" represented at that point, our courts tried to legitimize the integration of public relations and advertising that had accrued to our electoral system with this case in 1976. This perversion, by legitimizing substantial expenditures on "political speech" priced that speech at the level set by those who stood to benefit most from political actions. Needless to say the price bid up substantially to the level set by those with the most to gain. In a market, if you cannot pay the competitive price you have no purchase, and the bid price has by now excluded most of the electorate from the "political conversation".

As the monetization of political speech has advanced it has become increasingly responsive to global market forces. Predictably, the "political marketplace" has adjusted it's price level to serve the most lucrative ones.  With the advancing market integration of our "politics" we have seen increasing speculation in "political speech" culminating with political "investors" such as George Soros, the Koch brothers, The U.S. Chamber of Commerce or Rupert Murdoch, some of whom see very real monetary returns on their winning bets. Expect these speculative investments to continue their exponential increase so long as they yield increasing returns: Wall Street's investment in electoral politics has given it access to the Federal Reserve balance sheet with oversight limited to it's paid agents in the White House and Congress.

These individuals and organizations are not the cause, but the effect of the confusion of political speech and money. Our Supreme Court's obtuseness in this regard has made bribery legal so long as it is public officials that we are bribing for strictly political reasons. What had been a treacherous black market is now a transparent legal one where, but for scofflaw lawmakers in Wisconsin, the Kochs might well have purchased that state's power generating capacity for a dollar in no bid contracts by first investing in lawmakers to pass the legislation that would have made this graft legal. This legalization of former criminal behavior through financial support of legislators has been the sin qua non of "deregulation". It is the reason there have been no arrests in the wake of the financial crisis: the frauds run by top players in the industry were first made legal through "deregulation".

This is not an indictment of the individuals and institutions that participate in what the Supreme Court has sanctioned, however anti-social their behavior is, it is an attack on the morality of the Court in allowing money to be accepted as a political voice. The perversity is apparently so large, indeed so universal, as to be like the air we breath, invisible. But anyone who thinks the successful speculators in the marketplace for ideas are the problem misses the point that most of humanity criminalizes political bribery for exactly this reason, in the rest of the world, and here before 1976 political bribery was the very essence of corruption. A political marketplace is for Koch suckers.