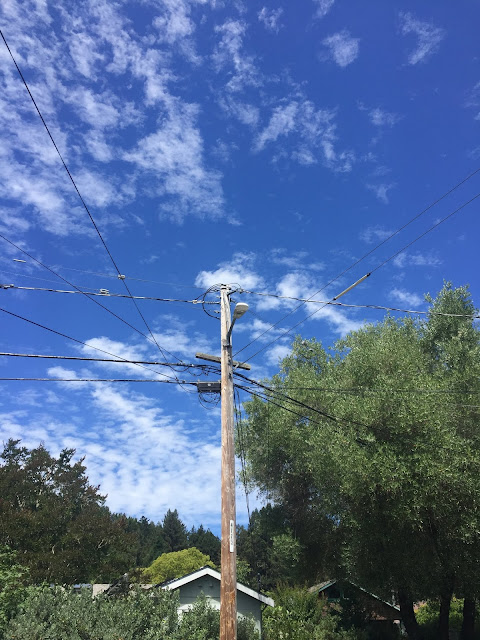 There was a change to the constitutional order in 2000 when the Supreme Court made a sui generis decision in Bush vs Gore to install the Court's majority candidate, imposing the court between voters and their elected President. That change proved the necessary pre-condition for permanent war, "The War on Terror," which the new administration set about seeking a cause for by ignoring the outgoing administration's admonitions about major, impending Al Qaeda action. Which once delivered, delivered the new administration the AUMF it sought, an open ended authorization to use force at the President's discretion anywhere "terror" could rationalize.

In 2008 when that war had lost all legitimacy and the plutocracy that supported it was flat on it's back, the American people elected Barack Obama with, however fleeting, a filibuster proof majority in the Senate to restore the previous constitutional order. Instead, "looking forward, not back" he gave a free pass to the US tele-coms we had learned through Edward Snowden were illegally surveilling everyone. In so doing, he made the surveillance state legal. From the military and intelligence "communities" who lied us into war, failed at the wars they lied us into, tortured, surveilled and extrajudicially murdered, Obama held no one to account except the whistle blowers who made public the depravity of war as a video game and other evidence of incompetence and bad faith in the US government and its military. By failing to use the power he was given, he legitimized all the abuses he was elected to mend, again changing the constitutional order, this time placing abuses of power by the MIC & IC above the law.

Likewise, instead of arresting and indicting the financial executives who precipitated the Global Financial Crisis, Obama bailed them out, "foaming the runway" with individual debtors to keep the financial frauds from crashing. Charged with the power to fundamentally reform the system, Obama chose to institutionalize all its most dramatically failing policies using the full resources of the Federal Reserve and Treasure, the power of fiat money itself, to stuff collapsed balance sheets back into solvency. By not enforcing the law when investment bankers, private equity and hedge fund managers bet against their own clients, Obama legitimized all manner of financial scams. Having loaned over $29 trillion to save these institutions, the citizens of the United States were their rightful owners, but rather than cleaning up the rot, instead the President chose to use the equity and savings of citizens to pay off the loans and save the criminal cast of bankers. Lets be clear, "de-regulation" always meant "legalization of criminal activity" in finance. Again, a change to the constitutional order making senior executives in finance above the law. The constitution now no longer applies to the elite, only to little people. After this disgusting performance, is it any wonder that given the chance Americans again voted for "change"?

Now we are confronted again with an incipient shift in the constitutional order, former CIA director and torturer John Brennan called the President a "traitor." The sitting director of the CIA, Dan Coats took it upon himself to publicly grade the President's performance in Helsinki while the President's sitting Secretary of Defense, James Mattis, directly contradicted his boss's policy on Ukraine. FBI director, Christopher Wray is backing Robert Mueller in his investigation into his boss despite that aging investigation having as yet to net anything of significance. Trump is certainly corrupt, but if the FBI can't find evidence in over a year to tie that to Russia, while it may not exonerate Trump, it does raise questions about what the FBI is really up to.

I would personally love to see Trump out of office, but the "Trump/Russia" hysteria is already being weaponized to attack any progressive candidates legitimately to the left of Clinton, who herself is well to the right of Richard Nixon and lacking even his integrity. Like that moment when Obama didn't arrest the torturers and didn't arrest the bankers, we are at the moment when, if Trump doesn't at least fire his insubordinate hirelings, they will destroy him, and ironically with him the last connection to electoral democracy in the US Federal system of government, imposing the IC between voters and their elected representatives.

At this moment, like real freedom of speech and conscience, however repugnant, and Trump is certainly that, he must be defended for the form of the role he occupies. If he is to be removed from office, the evidence must be clear, available to everyone and produced through a legitimate process, none of which is currently in evidence. If the "intelligence community", which couldn't tell the wall was about to fall in Berlin, failed to act on the 9/11 plot, got Weapons of Mass Destruction completely wrong in Iraq and has precipitated both the European and Central American refugee crises with its interventions in Syria and Central America is to get veto rights on who can be President, as a nation we are committed to the suicidally self indulgent global policies of an insular elite that feels no obligation to tell anyone outside of itself anything about the real operations of American power and has thus far experienced no pain itself for an unbroken 40 year record of failure on all the most important issues.
Posted by jsn at 9:45 AM