David Brooks, a Letter to a Friend 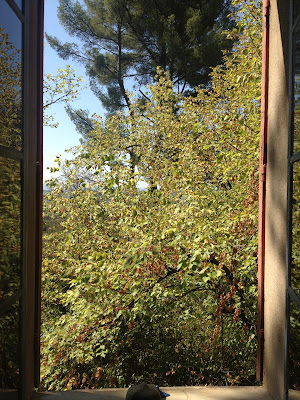 Thank you for the article, having read it now, my main problem is with the premise. The framing of the issues in popular media is so far from my own perceptions I can't say what I think without more detail than I can ever supply and my experience of life accords so little with how our culture represents itself I often struggle to make myself understood, but I'll try. The idea that Trump should be "resisted" implies there is a previous order that should be restored. I simply don't believe that's the case, any such order was destroyed two generations ago. Although I can see how David Brooks, most pundits and the vast majority of our political class would believe the last decade has been great: for the top 10% to 20% of the income distribution, concentrated mostly in the coastal cities, it has been. The centers of economic and political power for the country are mostly in these coastal cities and for a shrinking minority of the population capitalism as practiced there is working better and better.

Physical proximity to political or economic power is now the best way to maintain the possibility to secure wealth in this country, this is new and if you're in on it, it looks pretty great, unless you think about it for a minute, but then business with its ever accelerating quarterly focus and politics as practiced for donors rather than voters is self selecting against that. And most people can't live in these cities: there's neither enough housing nor jobs. I don't believe Trump should be resisted, I believe the system that has foisted him on us as what 46.1% of the population thought was the lesser evil must be reformed, must be dramatically altered, root and branch and I don't believe either of our parties has any interest in doing so. Political contests should be for popular goods, not against competing calamities, as ours have become. I think Trump is a garish charlatan but I also think he is smarter, more capable and personally effective than people want to credit: I just watched a year of what our press described as blundering incompetence deliver him the White House. This does present a real danger, but Hillary Clinton did not seem a safer choice: her "statesman like" "competence" not only lost to Trump where competence matters most, the Electoral College, her tenure at State delivered us three undeclared wars while she campaigned for yet another with our nuclear peer, Russia. This strikes me as even more dangerous than Trump. All of my ex-military friends agree while those who would never have considered the military were mostly for Hillary.

Trump is clearly an opportunist who has an instinct for power. The danger in a Trump presidency is that he will in fact attain it, but then that is what those who voted for him voted for and ours claims to be a representative democracy. Given events of the last week it looks very much like the Intelligence Community has subverted that, we shall see, but it appears the CIA just took the helm from an elected President dictating to him a reversal of his policy stance, the one he campaigned on and had begun implementing. In the short term, this frightens me a great deal more than Trump. The CIA is now setting policy rather than the Constitutionally elected President, whether you like him or not. This institutional change has profound implications for our form of government. If it's not reversed, what's the point of electing Presidents? If both of our parties accept this outcome, as no other entities appear to be able to make their voices heard in our system, this becomes the new Constitutional order. From my perspective, if this stands it will complete a process thus far ratified by both parties that began with the Judicial coup d' etat of the 2000 election, advanced with CIA lies to Congress regarding WMDs in Iraq, justifying that invasion, followed by Abu Ghraib, legalization of torture, the drone assassinations and NSA universal surveillance programs. These Bush "innovations" became institutionalized, ratified, when Obama reversed none of them, rather defending them ever more aggressively, attacking whistle blowers with the temerity to alert the voting public more viciously than any preceding administration. We now see the CIA actively, publicly and with Democratic Party support trying to unseat an elected President. However diseased you may think our President is, and I'll agree he's the worst in my lifetime, having him unseated by the CIA, the sine qua non of unaccountable, secret institutions, is a cure certainly worse than the disease.

Brooks ends with an appeal for "rebuilding" and "rebinding", but Hillary's deplorables, who map fairly well with folks Obama thought "cling to guns and religion", despite a fair number of them voting for him (it was the white working class vote for Obama that Hillary lost, losing her the election and giving the lie to the claim that Trump won on racism), either whites who voted for Obama became racists when Hillary ran or their sexism was greater than their racism, particularly white women whom Trump won with 53%, a notoriously sexist crowd!. To be clear, no, I don't think white women are sexist, but that is what the Democratic argument about "deplorables" implies: that's how the demographics shook out. I was a Bernie voter because I believe universal economic benefits like jobs paying a living wage for everyone that wants one, universal health care and universal higher education are the kinds of things that will make large majorities secure and confident enough that, as in the 60s, universal civil rights will be achievable across the class spectrum where now those rights accrue only to those wealthy enough to insist on them through the courts. But the labor policies, including immigration, of the last 40 years under both Democrats and Republicans have made living wage jobs, access to medical care and higher education increasingly "aspirational" for what is now a majority of the population across all racial and gender, though not class lines. In fact, the decade and a half since 2000 have seen a spike in mortality, particularly among poor white women. This spike is statistically on par with the AIDs epidemic but the poor, white, people most affected are the last people in the country its OK to hate and apparently neither party cares about their accelerating deaths.

While I believe the Civil Rights legislation of the Johnson administration was the crowning achievement of the Democratic party, after a century finally making good on what MLK called the "promissory note of emancipation", the "War on Drugs" only a decade latter bounced that check, incarcerating a grossly disproportionate number of black people, regressing backward beyond Jim Crow now with huge, mostly black prison populations subject to forced labor on corporate plantations we call "private prisons". As many incarcerated under Democratic as Republican administrations. And while the Democrats continue to focus on nominal minority rights to the exclusion of nearly everything else, it was the New Deal that, by making the majority of whites economically confident and secure for the first time in our nations history, made possible the passage of the Civil Rights laws: confident, secure people are generous people. Since then the Democrats have been engaged with the GOP in a systematic bi-partisan demolition of the institutional structures that underwrote that success. It was Bill Clinton who ended "welfare as we know it", repealed "Glass Steagall" and deregulated Wall Street. Timid, insecure people are nervous, skeptical people. Still hoping for positive change, they voted for it in 2008 when Wall Street and the War Machine were both discredited: Obama restored both, the latter with Hillary at the helm at State and ensured nothing changed, betraying those who had voted for an improved middle class economy. Obama continued all the wars he promised to end and started three more. He declined to prosecute fraudulent bankers and real torturers. He institutionalized the Bush surveillance and drone assassination programs. He implemented a Heritage Foundation plan to require Americans to pay taxes to private insurance companies and self fund significant portions of their own health care before the tax farmers in insurance were obligated to entertain paying for anything at all. This has resulted in accelerated death for a huge number of people, so no, I don't think this is an order that should be restored. Again the people, at least 46.1% of them, now angry and frustrated, voted for change and the Democratic Party saw to it the only change on offer was Trump.

I personally expect that within two years the majority of Trump voters will be as disappointed in him as I was with Obama by 2010. But "the resistance" is not proposing to reverse any of the litany of bi-partisan disasters of the last 40 years. The Democrats just lost the election by promising to continue the decline most Americans have come to expect from the establishment, a platform that couldn't compete with Trump's contempt for that same establishment however incoherent his policies: voters took him seriously but not literally, the establishment took him literally but not seriously. Because they did not take him seriously they thought they could win offering the vast majority nothing, and however crazy Trump sounded he at least offered something. You can't beat something with nothing and the Democrats didn't. "The resistance" is against Trump, what are they for?  Sanders and his supporters are now pushing Medicare for all as an alternative to ACA. The $15 minimum wage campaign isn't enough: American workers should have the right to a living wage job. We can manage 12 years of primary education as a right, it is a waste of human capital that impoverishes the future that we choose to stop there. There is plenty to be for. That our political duopoly is not for these things tells you what they are for which is apparently the maximal impoverishment of the maximum portion of the population until it reaches a boiling point and revolts, or simply dies. "The establishment" on current evidence appears to be betting on the latter. And all of this is before one gets to Climate Change: the most important challenge our species has ever faced that our bi-partisan consensus has avoided addressing since, again, The Reagan Administrations.

We are far out to sea. The ship of state is damaged and adrift, but the people on board are no less talented, creative and resourceful than any before. They are being prevented from making a better future by a very narrow and narrowing elite that continues to benefit increasingly disproportionately from an extractive system that if left unchecked much longer will kill everyone below the First Class deck. It's about time the people took to the oars and brought the ship back to a safe coast somewhere and looked after themselves. There are no shortages of problems to solve that could well employ and reward massive human effort in their solution. That we don't do these things is an indictment of a system that no longer serves life, indeed hardly pays lip service to it, having defined it as an "externality" to markets, the mechanical heart of a soulless system. Markets are a kind of machine our species makes, and they're marvelous machines so long as we structure them to support our needs in the creation of real wealth. We have instead tooled them to support the logic of money, an empty representation of anything, including wealth, and that empty-ness now threatens the biosphere and with it, us. Each passing day of this status quo sees species extinctions at a rate unprecedented since the giant meteor impact ended the Pleistocene. We need a change, not a restoration.
Posted by jsn at 5:25 PM