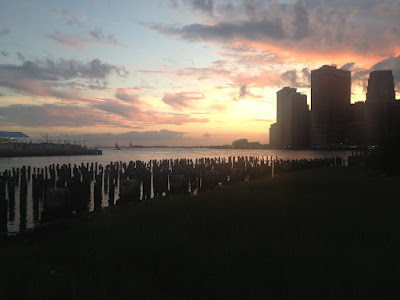 Change continues to accelerate. If human agency isn’t soon re-imposed on human consequences we stand to exterminate ourselves, if we haven’t already, the consequences are so delayed and the science so new we don’t yet really know. Enlightenment cultural prejudices for materialism, humanism and a Christian conception of progress have all played out to a point where each puts the others at peril. Something happened some five centuries ago in the Western mind, now manifesting the globe over that, if it fails to manifest positively in our genes soon, will likely end us. As a species we are in a state of population overshoot who’s deleterious affects surround us. The deluded souls at the self-styled Climate Summit just concluded in Paris congratulate themselves on progress, in the absence of evidence anything in particular has in fact been done. In actuality, carbon release into the atmosphere continues to accelerate with exponentially growing future consequences unchecked. Even as we charge our atmosphere with solar heat, degrade our topsoil with fossil nitrogen and design ever more energy intensive military implements of self extermination, our chemical detritus, despite its marginality to our collective consciousness, acidifies our oceans and deforms the endocrine systems of every living animal on earth. If you buy the notion of "punctuated equilibrium" in evolutionary theory, it appears to be our only hope.

Like almost all of earth’s life, we live off the energy of the sun. While there are other beasts to have evolved technologies (hives, nests, webs etc.), we are alone in owing our nature and cognitive capacity to a technology with which we co evolved: the marshaling of fire transformed the solar harvest we consumed, concentrating it enough to power our disproportionately large brains even as they grew. Our minds grew in parallel to our perfecting of this refinement of the very energy of life it self, human cognition is energy intensive. We have transitioned as a species just recently through a second great technological evolution for harnessing external power, but unlike the first, our planet cannot absorb our activities in an ecological band suitable for our own survival without our active self-management. Over the hundred thousand years since our first unselfconscious energy-concentrating breakthrough, our external ecology became increasingly stable even as our population grew. In the relative heartbeat of the last two centuries, the fossil fuels era has disrupted that ecology so dramatically that an evolution in our consciousness will be the only thing that can save us. A constitutional self consciousness is now all that can save our ecology: we must categorically change our behavior and do it consciously. If this change fails to mark our genes, we’re unlikely to make it.

It is a harsh reality we face, one of our own making, however unintentionally or well intentional along the way. At the apex of the food chain, the cleverest predator on the planet has as yet proven unable resist devouring its own future. While we’ve always been just another beast, our communal nature has repeatedly aggregated us into increasingly large societies, both horizontally and vertically integrated. Tribe, city, state, nation, empire, the forms have recurred like the bubbles forming of themselves at the bottom of a boiling pot, tracing their trajectories through the roiling soup of history until, expanding as they rise, the imperial bubbles eventually burst when they reach boundary membrane of population pressure where the energy in the froth discharges into the void. Of late these cultural bubbles, superheated with fossil energy are not just poisoning the soup, but also irreparably changing its chemistry. We are poisoning the land, air and water and charging each with man made artifacts that tangle with the chemistry of life itself. If we fail in the near future to take responsibility for these changes we are delivering, it is we who will be driven into extinction along with most of the species we know and love most.

The consequences are already in play, just not generally recognized as such. Those paying attention will have noticed the last several fire seasons have been exceptionally bad. Not just here, where California had the worst fire season ever this year, following the worst prior last year, but around the world. Exceptional weather with record wind, rain and heat is being recorded everywhere. Reported as isolated events, no one wants to make the connections. There have been courageous realists trying to communicate with us the consequences of our actions now for two generations, but they remain isolated and professionally pilloried by a class of their peers more susceptible to the appeals of power than those of truth. In this instance power has taken the form of money, offering these men of science career opportunities not available for truth seekers. Nature’s sense of irony has bequeathed us a world where the accelerated melting of the arctic and Greenland ice sheets has created an abnormally temperate temporary micro-climate in the North Atlantic which happens to provide the communicative infrastructure of the worlds current money power an unusually pleasant climate dramatically at odds with that of the remainder of the world. Nature chuckles as it asks us, "can you save yourselves?"
Posted by jsn at 6:49 PM